Android smart watches get in time with iPhone 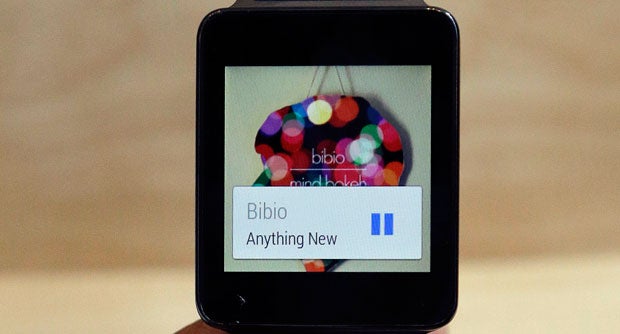 In this June 25, 2014 file photo, a man looks at the LG G Watch, an Android Wear smartwatch, on the demo floor at Google I/O 2014 in San Francisco. With Android Wear, software developers won’t have to rewrite apps every time a new watch from Samsung, Sony or another manufacturer comes out. And collectively, there might be enough smartwatch users to lure developers. AP

SAN FRANCISCO, United States—Google on Monday broke down the wall between Android smart watches and iPhones, taking on Apple Watch on its home turf.

A version of Android Wear smart watch software tailored for Apple’s mobile operating system made its debut, paired for now only with LG Watch Urbane, according to a Google blog post.

“All future Android Wear watches, including those from Huawei, Asus, and Motorola will also support iOS, so stay tuned for more.”

Android Wear was modified to work with iPhone 5 models or newer powered by the latest versions of Apple’s mobile device operating system, according to Google.

The move puts Android-powered smart watches in position to compete with Apple Watch to be the computing device strapped to the wrists of iPhone owners.

International Data Corporation last week said that Apple’s freshly launched smart watch was a hot commodity in the second quarter of this year.

Apple Watch was hot on the heels of activity tracker Fitbit, the top device in the “wearable computing” market, according to IDC estimates. Apple has not released official smart watch sales figures.

Apple shipped 3.6 million smart watches to rank second behind Fitbit, which shipped 4.4 million units during the second quarter of this year, according to IDC.

“Anytime Apple enters a new market, not only does it draw attention to itself, but to the market as a whole,” IDC wearables team manager Ramon Llamas said in a note released with the figures.

Apple is set to host a September 9 media event in San Francisco, hinting that Siri virtual assistant software in its mobile devices will play a role.

In trademark enigmatic style, the emailed invitations provided little more than the time and place of the event. Beneath graphics based on the Apple logo was written “Hey Siri, give us a hint.”

The timing of the Apple event did not come as a surprise since the California-based company is known to host September events to announce iPhone updates.

Rumors about the coming event included the possibility of new iPhone models and news about Apple TV set-top boxes.

Improvements are likely to include faster processing power and improved camera capabilities along with screens that can distinguish light touches from hard presses for more nuanced controls.

Apple could also use the event to tout milestones including how well its smart watch is selling.