Copyright lawsuit filed on behalf of monkey who snapped selfies 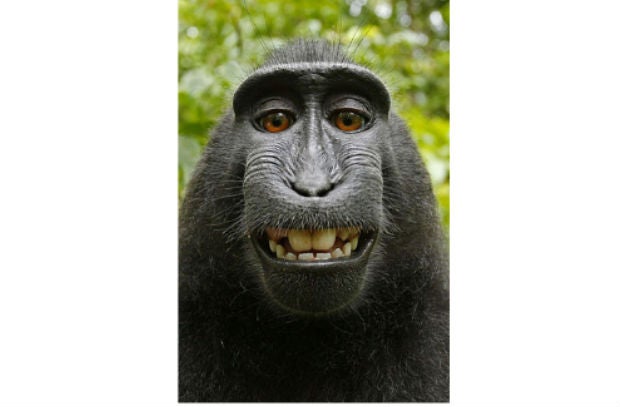 LOS ANGELES — US animal rights activists filed an unusual lawsuit on Tuesday on behalf of a macaque monkey who snapped selfie photographs, arguing it owned the photos rather than the nature photographer involved.

People for the Ethical Treatment of Animals (Peta) filed the suit in federal court in San Francisco on behalf of six-year-old Naruto, seeking to have the macaque “declared the author and owner of his photograph.”

“Our argument is simple,” Peta said in a statement. “US copyright law doesn’t prohibit an animal from owning a copyright, and since Naruto took the photo, he owns the copyright, as any human would.”

The photos were taken in 2011 on the Indonesian island of Sulawesi by British nature photographer David Slater.

He later published a book of his photographs that included two selfies taken by Naruto.

The San Francisco-based company that published the book – Blurb – is named as a co-defendant in the suit.

“If this lawsuit succeeds, it will be the first time that a non-human animal is declared the owner of property, rather than being declared a piece of property himself or herself,” Peta said.

“It will also be the first time that a right is extended to a non-human animal beyond just the mere basic necessities of food, shelter, water, and veterinary care.

But Slater insists he owns the rights to the photos since he set up the tripod and walked away for a few minutes only to find out that the monkey had grabbed his camera and snapped away.

He told the Washington Post last year, when the copyright controversy erupted, that the widespread distribution of the photos on the Internet had cost him a lot of money.

“This is ruining my business,” he told the paper.

“If it was a normal photograph and I had claimed I had taken it, I would potentially be a lot richer than I am.”