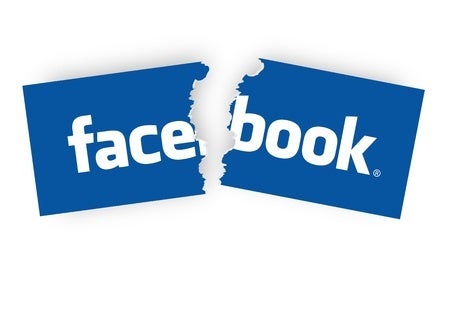 SAN FRANCISCO, United States — Facebook on Monday stumbled for the second time in a week, going out of service for slightly less than an hour.

The leading social network was down for 42 minutes about mid-day in California, after being out of service for 12 minutes four days earlier, according to website performance tracker currentlydown.com.

“We’re currently restoring Facebook services that people had trouble accessing earlier today due to a configuration issue,” Facebook said in an email response to an AFP inquiry.

“We’re working to bring things back to normal for everyone. We apologize to those who have been inconvenienced.”

Facebook did not disclose how many of the social network’s more than one billion users were effected by the outage.

People took to Twitter during the outage, with #facebookdown jumping into a spot among the top trending hashtags at the one-to-many messaging service.

“People will have to ring their friends from restaurants to describe their starter; it’s inhuman,” said a quip from Twitter account @WillLeahy.

Another joking tweet predicted a baby boom, since spouses would have to resort to speaking to one another.