Wattpad opens doors to brands, aims at a billion users 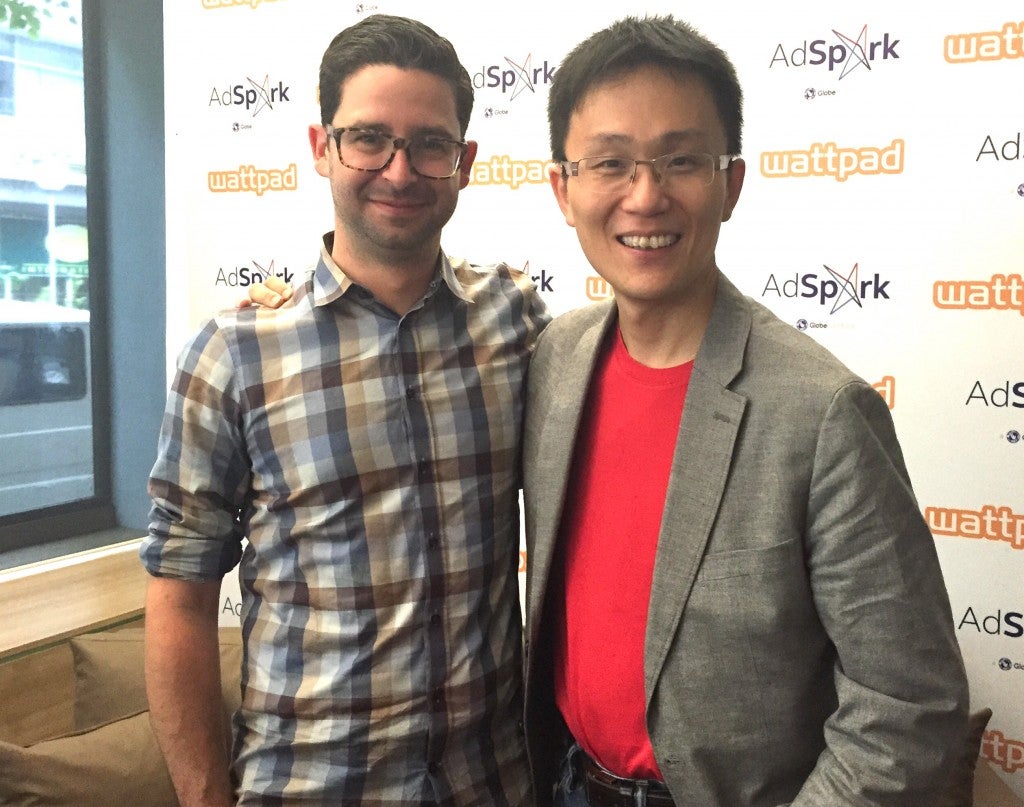 Allen Lau, cofounder and chief executive officer of Wattpad, is sure of what he wants to happen: To reach a billion users globally. To do that, the digital publishing platform for long-form fiction and nonfiction is opening its doors for brands to reach their target market.

Wattpad has inked a deal with AdSpark, a wholly owned subsidiary of Globe Telecom specializing in mobile-first digital marketing solutions, to work with different brands here in the country.

Wattpad has 40 million users worldwide. The Philippines is the largest Wattpad user in Asia and second to the United States worldwide.

In July, it launched Brand Stories, a new way of incorporating brands in the stories of Wattpad writers with millions of readership base.

Lau says aside from native ads, the company finds this new business model the perfect revenue-generating system for Wattpad.

“Two years ago, we believed that the user base is not enough,” Lau says. “So we started experimenting with different business models. One idea that really jumped out is Brand Stories.”

In Brand Stories, writers will weave stories according to the brand’s preference and directions and share it to their readers.

Lau says Brand Stories presents a “win-win-win-win” scenario for all the parties involved.

And Wattpad also wins because it will generate revenue from this new venture.

Aron Levitz, business development head of Wattpad, refuses to call it advertorial and instead coins a new term right during the interview and comes up with “advertainment” or advertising and entertainment.

Writers have a fair amount of (creative) freedom in writing for the brands. However, like traditional advertorials, Wattpad and brands will give them certain parameters and direction. One of the factors that contribute in the selection of writers to write for brands is his or her readership base.

“We learned something in this new venture,” Levitz says. “Don’t tell a person (who has become famous for being creative) how to be creative. Tell them what to write about.”

What’s in it for the writers?

The writers get paid “a significant amount,” according to Levitz. He refuses to disclose exact figures but says “a lot of cases some of them are getting paid the same way our North American writers are paid.”

According to Bela Gupta D’Souza, director of AdSpark, brands spend about 5 percent on mobile and digital ads and many of them still go to traditional media such as TV, print, and radio with 95 percent.

“But you also have to think about specific industries,” she explains. “The outliers to that are FMCG (fast-moving consumer good) and telcos, which are eschewing largely toward digital.

“Globe is an example,” she continues. “We are increasingly focused on digital marketing than traditional channels. We’re reinventing Globe to be a digital lifestyle brand and we need to go where our customers are, which is online.”

In the Philippines, Wattpad stories are either serialized on TV or turned into movies. Examples include “She’s Dating the Gangster” and “Diary ng Panget,” among others.

Lau reveals Indonesia comes in close second to the Philippines with Vietnam and India as countries where Wattpad has been doing well.

The online publishing platform is founded in 2006 as a free app that allows people to write and share stories. Wattpad stories are serialized and the entire community participates in the storytelling process through comments and messages. RC