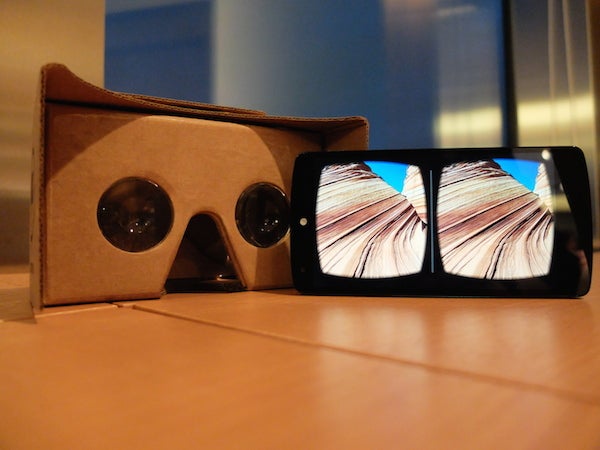 Google is exerting all efforts and spending a huge amount of time in research and development (R&D) to make virtual reality (VR) mainstream.

At the recent “The Magic in the Machine” press event, Google demonstrated the possibilities of VR not only in entertainment but also in education with the help of a smartphone and its very own Cardboard.

Creators and Google engineers David Coz and Damien Henry first introduced the Cardboard at Google I/O (annual software developer conference), in 2014. It has since attracted attention because it is intended to bring VR into the mainstream. Other platforms carry a hefty price tag which would make the experience unavailable to many.

Since Google Cardboard’s first public appearance, Google has done extensive R&D to make the images better and more realistic. The technology company has also open-sourced the Cardboard and is now available in different materials including plastic.

“There’s been a lot of emphasis on creating games and videographics (on VR),” said Dr. Steve Steitz, technical lead at Google. “But I think one of the most exciting applications of VR is capturing the real world; capturing reality and sharing it to someone else.”

Steitz explained how the company is maximizing its experience in computer vision, a field in technology “that includes methods for acquiring, processing,analyzing, and understanding images and, in general, high-dimensional data from the real world to produce numerical or symbolic information.”

He started by explaining the role of computational photography or “combining cameras and computations to make better photographs.”

“We wanted to find a way to simulate digital single reflex cameras for a better depth of field (DOF),” he said. “Because cell phone cameras are tiny and their aperture is also tiny.”

DOF is essential in photography because it gives images, well, more depth than usual snapshots. 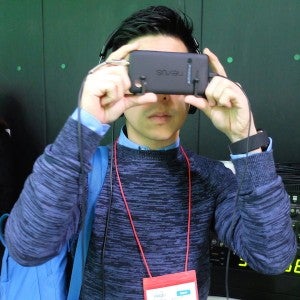 After trying out different methods in capturing images, Google came up with Jump, a camera rig, which consists of 16 camera modules “arranged” in a circular array. The size of the rig and the arrangement of the cameras are optimized to work with the Jump assembler or advanced computer vision and computing power to transform 16 pieces of video into stereoscopic VR video.

“With computer vision algorithms, we can simulate thousands of in-between viewpoints on that circle effectively creating views that didn’t exist or were not captured,” Steitz said. “We take slices from each one of these 16 cameras and copy them together. We have to effectively compute representations that take into account the geometry of the scene and change the images depending on different depth.”

Days prior to the press event, Google introduced VR on YouTube.

“When you first load up a VR video on YouTube, it looks like any other video with standard interface for playback,” Steitz said. “But it now has a little cardboard icon on the bottom right. If you tap that, it goes into split screen and when you put it into your cardboard viewer, you’ll be able to see it in 360 and react as you turn your head.”

Expeditions is a virtual reality platform built for the classroom. This program is for exclusive use of Google partner schools and is not available to the public. The package includes a tablet for the teacher and Cardboard viewers and phones for every student.

“With Expeditions, teachers could take their students in VR field trips,” Steitz explained. “They can take them to different places even underwater.”

In the Expedition program, teachers can choose from among a hundred different places they can take their students. Using another mobile device, he or she can control the content and timing of showing images as the lesson goes on.

“Going forward we want to take this to thousands of schools around the world,” he added. RC