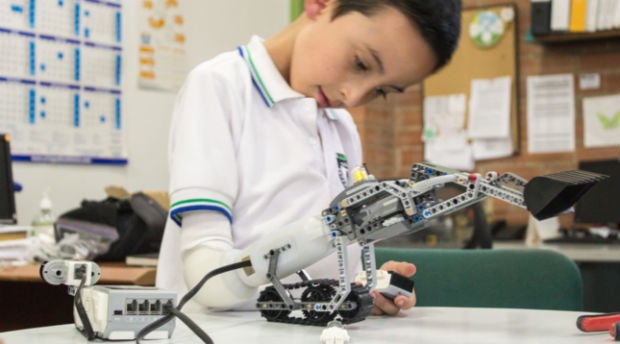 PARIS — A prosthetic arm made of Lego that disabled children can customize to their own needs won the grand prize at the Netexplo forum for digital technology in Paris on Wednesday.

The IKO Creative Prosthetic System, created by Colombian designer Carlos Torres, is compatible with Lego parts and can be customised with different shapes, colours and accessories.

“Torres wanted to help children with malformed or injured arms feel less isolated by making their disability feel less of a burden or a stigma,” the event organisers said.

“As well as technology, imagination can help children overcome a handicap.”

The winner was chosen from entries from around the world, including a mobile phone app that can translate the 11 official languages of South Africa, and a Japanese robot that got good enough grades in school exams to go to the University of Tokyo.

The Netexplo forum, put on by the observatory of the same name for the ninth year, explores innovation in digital technology via a network of 20 universities spread across 15 countries.

“The 10 nominations illustrate the general trend that, thanks to digital (technology), has pushed the limits in order to enlarge the field of possibilities,” he said.