First thing Filipinos do on waking up: Check their phones 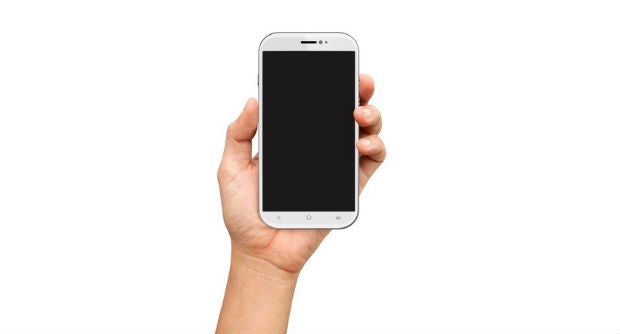 Some people eat, pray or go to the washroom first thing in the morning. If you’re a Filipino, chances are you’ll check your mobile phone soon after you wake up, thus displaying a closer dependence on this gadget than your Southeast Asian neighbors.

Nearly eight out of 10 Filipinos check their mobile phones within 15 minutes after waking up, according to Deloitte’s Global Mobile Consumer Survey.

This did not come as a surprise amid reports that the country has the second slowest Internet speed in the Asia-Pacific region.

The research—released on Friday by Navarro Amper & Co., the local member firm of Deloitte Southeast Asia Ltd.—showed that more than half of mobile phone users in Southeast Asea check their phones within 15 minutes after waking up. For Filipinos, the percentage is higher at 79 percent.

Filipinos also glance at their mobile screens repeatedly, using their phones most frequently when commuting on public transport, the research said.

Many Filipinos belong to the millennial generation, referring to young adults who were born after 1982 and who have come of age in the Internet era. They are thus naturally wired to the digital space.

The research also noted that unlike other Southeast Asian countries, there’s a significant proportion of users—31 percent—who listen to online radio via their smartphones in the Philippines.

When it comes to Internet speeds, consumers elsewhere in Southeast Asia are generally satisfied with their service providers but they want greater data volumes in their plans.

In the Philippines, the research showed that only 38 percent of consumers are satisfied with their data volumes, albeit this was an increase from last year’s 31.2 percent.

The research also showed that the Philippines lags behind Southeast Asian peers when it comes to the use of Instant Messaging (IM), which has now emerged as the most popular messaging tool.

Across the region, IM usage is increasing while SMS (short messaging system) is decreasing across the board—except in the Philippines.

Filipinos still prefer to use SMS (73 percent) but those who use IM (33 percent) turn to Facebook Messenger instead of pure Over-The-Top (OTT) IM services to communicate, the research said.

The popularity of IM is seen gaining ground in the region.  For Filipinos who are starting to get the hang of it, they find it a convenient option for chatting with friends and family overseas.

“Telecommunication operators can take advantage of this situation to increase revenues from data usage,” said Greg Navarro, managing partner and chief executive officer of Navarro Amper & Co. “They can, for example, tailor chat packages to specific IM applications that are widely used in their respective local markets.”

The survey also revealed that Internet network reliability is the top consideration for Filipinos when choosing a mobile operator, followed by price package and 4G/LTE network availability.

Even consumers satisfied with their Internet connection may change operators for either of those factors—which is seen to make sense considering how reliant consumers are on their phones.

“Again, there’s an opportunity here for telecom operators to monetize Wi-Fi for consumers on public transport facilities,” said Navarro. “And with the government’s project to provide free Wi-Fi in underserved areas of the country, it will be interesting to see how these statistics and behaviors change over the next few years.”

Another capability seen worth exploring for telecom operators is mobile payment.

“Telecom operators that want to take advantage of this functionality need to offer solutions that enable simple and quick transactions,” Navarro said.

“They also need to improve payment security, so consumers can be comfortable using mobile payments even for big ticket transactions, and expand the number of point-of-sale terminals that accept mobile payments.”

The Deloitte survey was conducted in the third quarter of 2015, covering 49,500 consumers across 31 countries, to reveal some of the trending attitudes and behaviors of today’s mobile consumer.

One of 3 Filipinos can’t live without cell phones–survey