10th grade students make their own wine, robots – through science 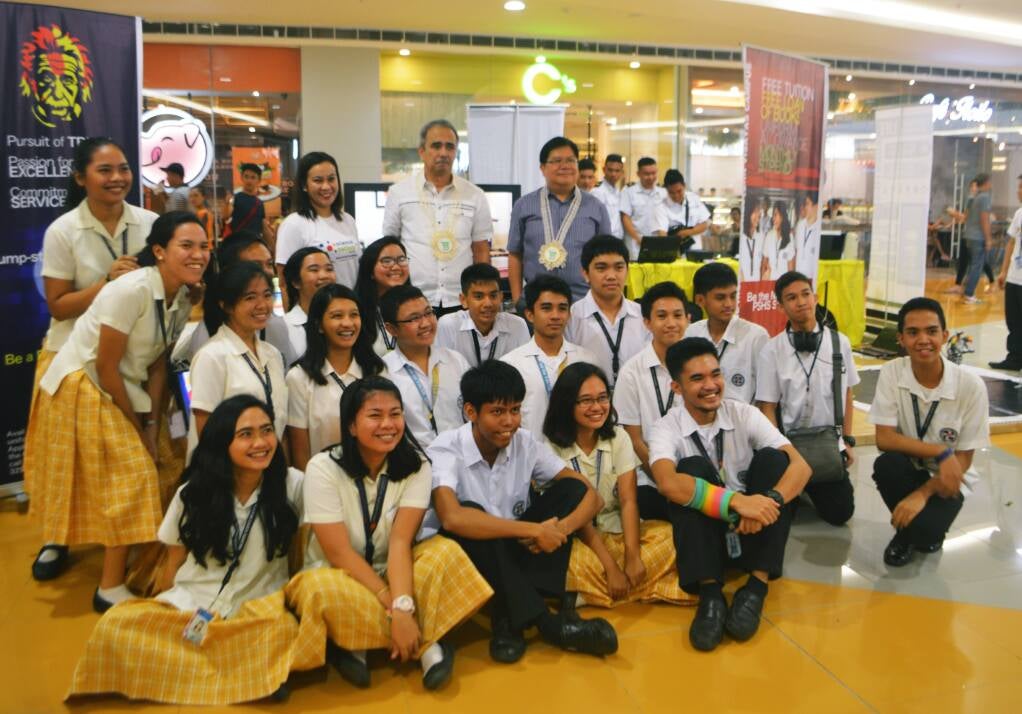 Iloilo, PHILIPPINES – A group of 10th grade students showcased the wine and robots they made with their own hands in a science exhibit sponsored by the Department of Science and Technology (DOST).

As part of the Department of Science and Technology’s (DOST) Science Nation Tour, students showcased their acquired skills in Chemistry, Physics and Computer Science in an effort to bring public interest towards the Science, Math, Engineering and Technology (STEM) field.

The first thing that caught the eyes of many is the Chemistry exhibit. While the presenters themselves were upbeat and explanative, what they were presenting wasn’t something one would see in a science exhibit: Wine.

When one thinks of Chemistry class, the first thing that comes to mind is probably a group of students huddling around equipment, performing random experiments with chemicals from the laboratory.

In science teacher Erika Salvador’s Chemistry elective, this wasn’t exactly the case. Aside from utilizing the more traditional methods of teaching, she also had her students create their own wine from start-to-finish.

When presenting to any interested passersby, 10th grader Kyle Ledesma explained: “We first used yeast as the key ingredient in fermenting the fruit juice, which we got from partially crushing fruits. It converted the sugar in the fruit into alcohol.

We left the mixture in the container for 21-28 days and stirred it once a day and eventually, the wine was done. We didn’t completely seal the container because the yeast might die from lack of oxygen. Instead, we covered it with cotton. “ 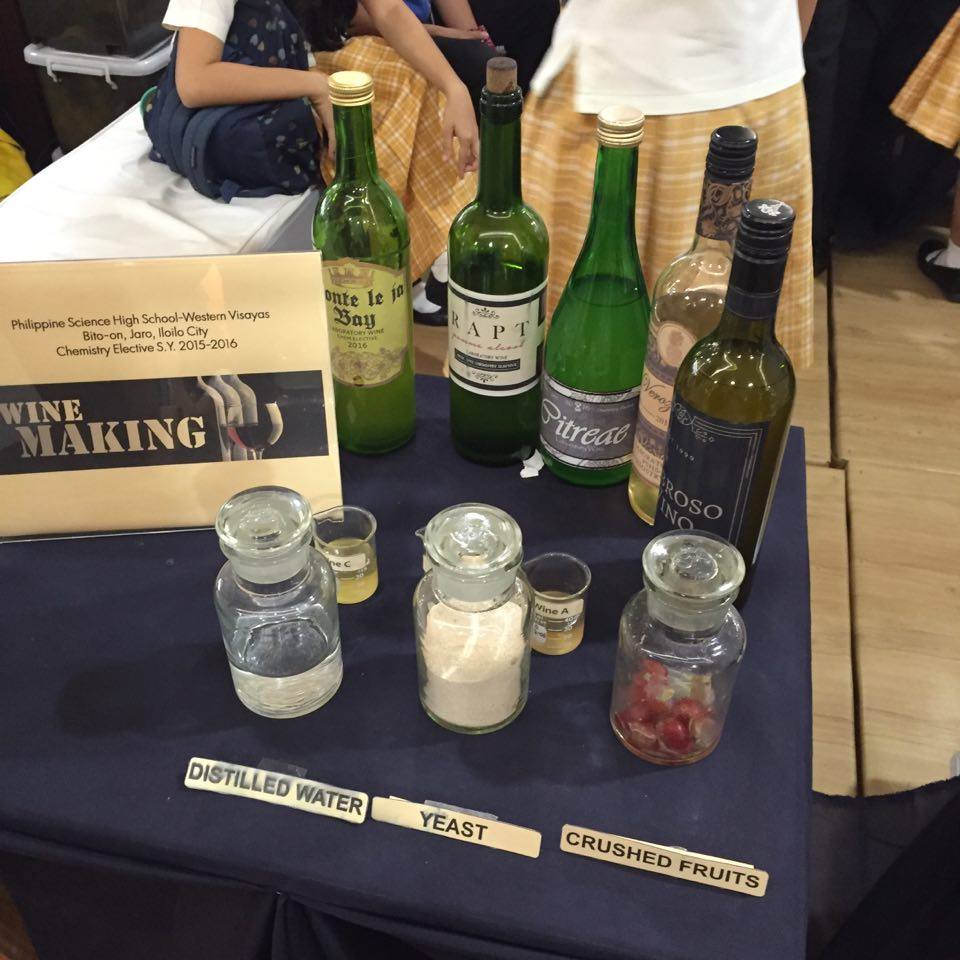 The wines made by 10th grade students were bottled and labelled so they can showcase their efforts. Photo contributed by: Norielle O. Inosanto

After the process was done, each of the students’ wines were given their own unique names and packaging as proof of their hard work. Ledesma’s elective-mate Reeza Serisola admitted that although the time invested was long and the procedures strenuous, they were able to appreciate what they had made in the end.

The Fun in Physics

One of the common misconceptions about Physics is that the subject itself is hard; a misconception that the Physics elective under William Laride set out to prove that wrong. With their “Physics Toys” exhibit, a light-hearted spin was put on the subject.

“It was fun sharing these things with other people since interest in science is being formed in them. Physics toys have a simple approach and they learn while playing,” quipped Gene Herman, one of the booth’s presenters.

Among the “toys” exhibited were a Plasma Ball, a Van de Graaff generator ball and more; all of which represented various fundamental Physics concepts such as static electricity.

Robots, microcontroller projects and computer games made by students from Gerald Salazar and Rubie Bito-on’s classes were demonstrated under the mantra of “Digital Language is the Universal Language”.

10th grader Peter Flores’ project in particular, a microcontroller-based “Early Flood Warning System”, piqued the interest of many bystanders due to its practical purpose of alerting a person’s cellular phone when water levels reach a critical level. 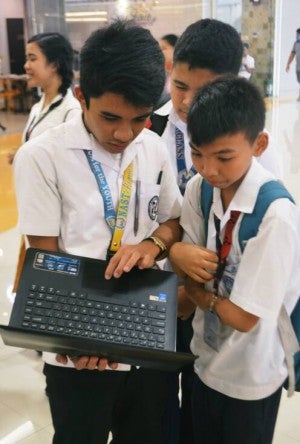 The largest audience was hosted by the Robotics exhibit. Droves of children came throughout the day in order to play with student-made creations such as soccer and electric guitar robots.

Marielle Montero, one of the programmers said: “Robotics was a great decision (to specialize in). It doesn’t cover just one topic. In Robotics we learn to program, to build, and to practically apply these skills for purposes outside the classroom.”

DOST secretary Mario Montejo himself visited the exhibit on its inaugural day in order to view what the “Iskolars ng Bayan” were working on and was impressed. Taking a picture with all of the presenters, he expressed his interest in the various projects presented.

At the end of the day, the exhibit’s main purpose, as stated above, was to boost interest in STEM fields and get more students to take up scientific courses.

When asked as to his opinion of the booth, college student Dominic Noche stated: “The exhibits were interesting as they actually presented the works of science and made fascinating results. They (students) would definitely be interested to go into science!”

Filipino students win at Intel science fair in US