Q&A: Total eclipse of the sun to darken slice of Indonesia 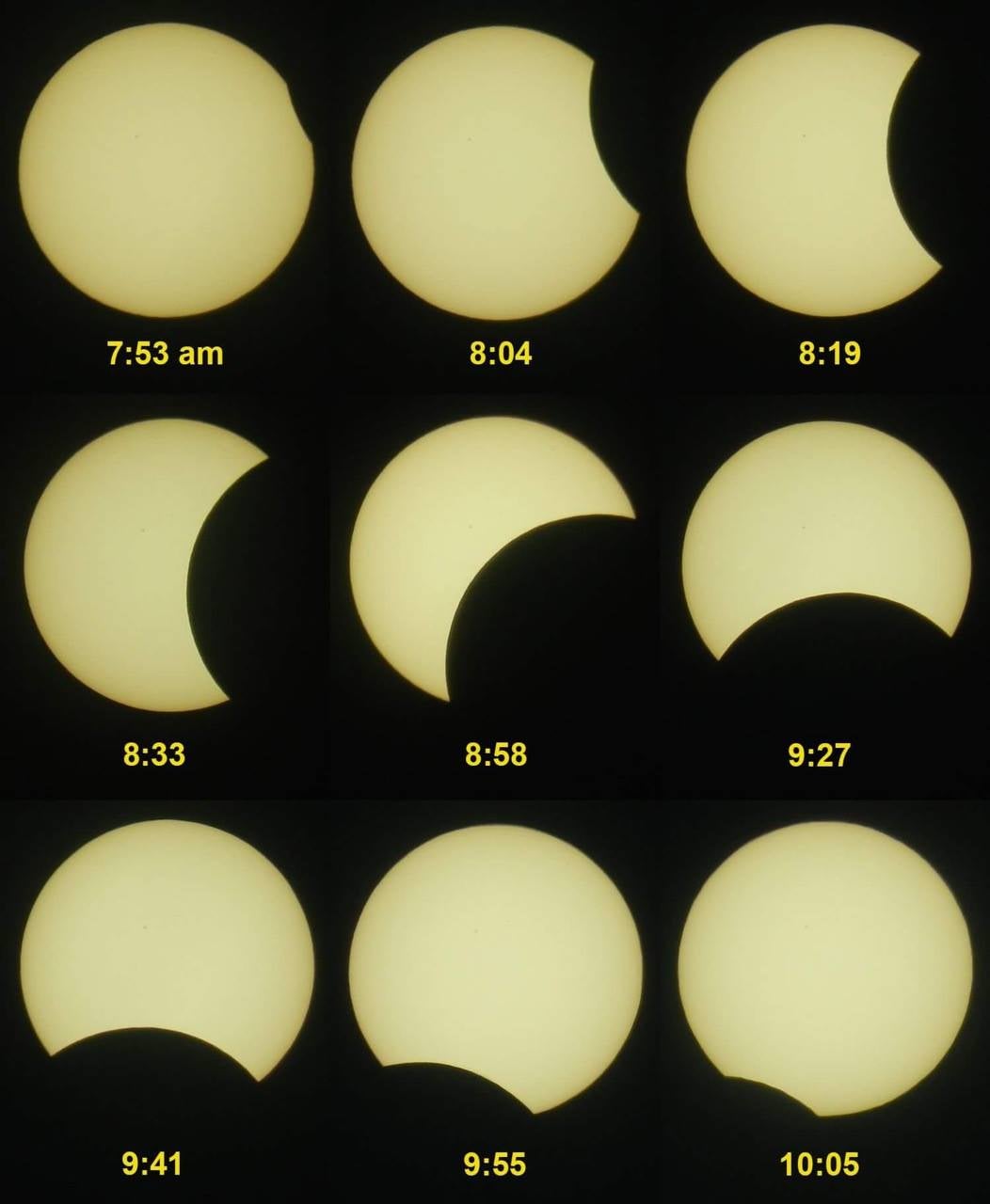 The solar eclipse as seen from San Carlos City, Pangasinan province, Philippines. Photo was shot with a Nikon P500 at max optical zoom and using a filter from a discarded x-ray film. PHOTO BY FRANKLIN R. ROSARIO

JAKARTA, Indonesia — The rare and awe-inspiring spectacle of a total solar eclipse will unfold over parts of Indonesia and the Indian and Pacific Oceans on Wednesday, weather permitting. The full eclipse may be visible to several million people within its narrow path including eclipse chasers who have traveled from around the world for a chance to witness it.

READ: Solar, lunar eclipses visible in PH this March | Only solar eclipse this year to be partially seen in PH

WHAT CAUSES A TOTAL SOLAR ECLIPSE?

At least twice a year, the orbits of the moon and Earth result in the moon casting a shadow on the Earth that blocks the sun. Most eclipses are partial but when the moon is close enough to the Earth, the sun is completely eclipsed and only a faint ring of rays known as the corona is visible. The last total solar eclipse was in March 2015. The best reported viewing was on Norway’s Svalbard islands near the North Pole. The previous total eclipse was in November 2012.

WHERE WILL THE ECLIPSE BE VISIBLE?

The total eclipse is visible within a roughly 100-150 kilometer (62-93 mile) -wide path that begins in the Indian Ocean and slices across parts of Indonesia including Sumatra, Kalimantan and Sulawesi before ending in the northern Pacific Ocean. Indonesia’s capital, Jakarta, is not within the eclipse path, but the Sumatran port city of Palembang with a population of more than 1.4 million is. Cloudy skies, however, can make the much anticipated event a disappointment. And there’s a high chance of clouds because Indonesia is in its wet season. People in South Asia, East Asia and the north and east of Australia may see a partial eclipse.

HOW LONG WILL THE ECLIPSE LAST?

The entire eclipse, which begins with the first patch of darkness appearing on the edge of the sun, will last about three hours. For the viewer, the exact duration of the total phase of the eclipse depends on their location along the path. The moments in which the sun is entirely obscured will last between 90 seconds and 4 minutes. Palembang in Sumatra will be the first major city to see the total eclipse, at about 7:20 a.m. local time. The position at which the total eclipse lasts the longest, 4 minutes and 9 seconds, is in the Pacific Ocean east of the Philippines. On land the durations are mostly between 1 and 3 minutes. 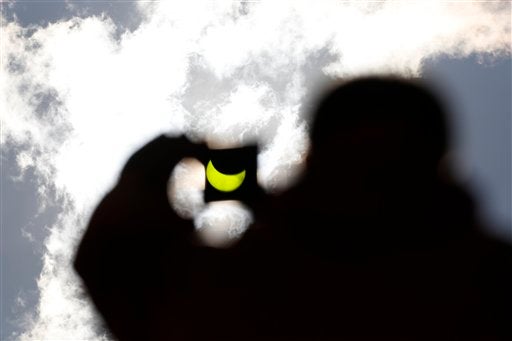 A solar eclipse is seen through a dark glass plate in Sarajevo, Bosnia, on Friday, March 20, 2015. Solar eclipse is darkening parts of Europe on Friday in a rare solar event that won’t be repeated for more than a decade. AP

IS THE ECLIPSE SAFE TO LOOK AT?

It is dangerous to look at the sun with the naked eye during a partial eclipse, the partial phases of a total eclipse and another type of eclipse called the annular eclipse, particularly using devices such as telescopes. Optometrist and eclipse chaser B. Ralph Chou, who helped develop international standards for filters, wrote that those coated with a fine layer of aluminum, chromium or silver such as the darkest welder’s glass and filters made of aluminized polyester in the darkest shades are safe. The filters should be specifically designed for the binoculars and telescopes that they will be fitted to. Another safe but cumbersome and probably unsatisfying method of viewing is pinhole projection of the image onto a screen. Unsafe filters include color film, black-and-white film that contains no silver, photographic negatives with images, smoked glass and sunglasses even if multiple pairs are worn. During the spectacular moments of total eclipse it is safe to look at the sun with the naked eye.

HOW IS INDONESIA PREPARING?

Authorities have been promoting the eclipse as a tourism event locally and internationally since 2014. Because of their rarity, total eclipses are a magnet for scientists and eclipse chasers. Overseas tour agencies have chartered ships for groups who want to view the eclipse at sea and many land tours, which are the best for photography, have also been organized. Oklahoma-based Spears Travel says a group led by a former NASA scientist it has booked on a special Holland America Line cruise includes people from Canada, the U.S., Britain, China and Iran. An eclipse festival is planned for Palu, the capital of Sulawesi province, and 11 cities in total are being promoted as places where the total eclipse could be clearly viewed.