Microsoft axes chatbot that learned a little too much online 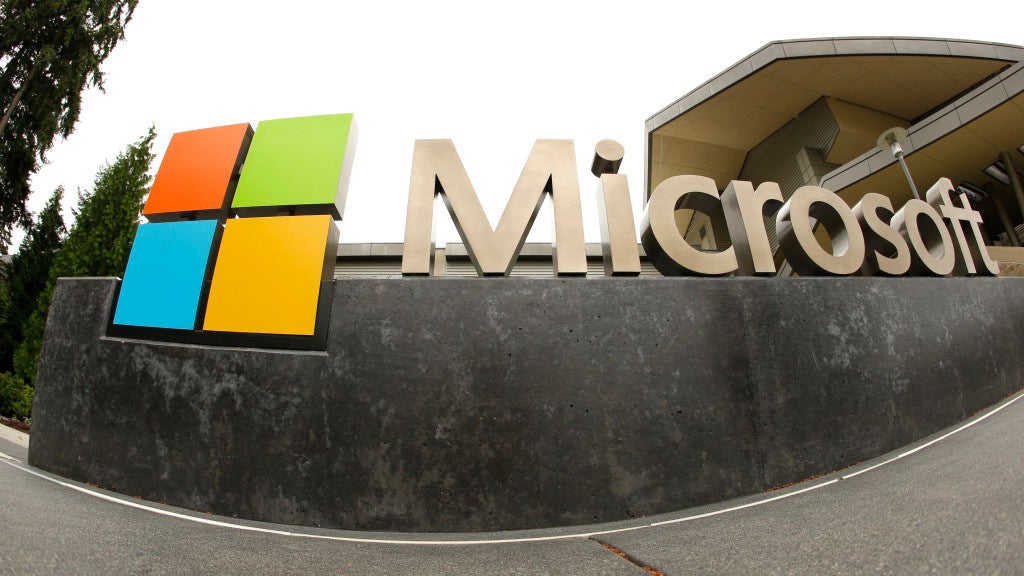 This July 3, 2014, file photo, shows the Microsoft Corp. logo outside the Microsoft Visitor Center in Redmond, Wash. Artificial-intelligence software designed by Microsoft to tweet like a teenage girl has been suspended after it began spouting offensive remarks, according to the company Thursday, March 24, 2016. Microsoft said it is making adjustments to the Twitter chatbot after users found a way to manipulate it to tweet racist and sexist remarks and made a reference to Hitler. AP FILE PHOTO

SAN FRANCISCO — OMG! Did you hear about the artificial intelligence program that Microsoft designed to chat like a teenage girl? It was totally yanked offline in less than a day, after it began spouting racist, sexist and otherwise offensive remarks.

Microsoft said it was all the fault of some really mean people, who launched a “coordinated effort” to make the chatbot known as Tay “respond in inappropriate ways.” To which one artificial intelligence expert responded: Duh!

Well, he didn’t really say that. But computer scientist Kris Hammond did say, “I can’t believe they didn’t see this coming.”

Microsoft said its researchers created Tay as an experiment to learn more about computers and human conversation. On its website, the company said the program was targeted to an audience of 18 to 24-year-olds and was “designed to engage and entertain people where they connect with each other online through casual and playful conversation.”

In other words, the program used a lot of slang and tried to provide humorous responses when people sent it messages and photos. The chatbot went live on Wednesday, and Microsoft invited the public to chat with Tay on Twitter and some other messaging services popular with teens and young adults.

“The more you chat with Tay the smarter she gets, so the experience can be more personalized for you,” the company said.

But some users found Tay’s responses odd, and others found it wasn’t hard to nudge Tay into making offensive comments, apparently prompted by repeated questions or statements that contained offensive words. Soon, Tay was making sympathetic references to Hitler — and creating a furor on social media.

“Unfortunately, within the first 24 hours of coming online, we became aware of a coordinated effort by some users to abuse Tay’s commenting skills to have Tay respond in inappropriate ways,” Microsoft said in a statement.

While the company didn’t elaborate, Hammond says it appears Microsoft made no effort to prepare Tay with appropriate responses to certain words or topics. Tay seems to be a version of “call and response” technology, added Hammond, who studies artificial intelligence at Northwestern University and also serves as chief scientist for Narrative Science, a company that develops computer programs that turn data into narrative reports.

“Everyone keeps saying that Tay learned this or that it became racist,” Hammond said. “It didn’t.” The program most likely reflected things it was told, probably more than once, by people who decided to see what would happen, he said.

The problem is that Microsoft turned Tay loose online, where many people consider it entertaining to stir things up — or worse. The company should have realized that people would try a variety of conversational gambits with Tay, said Caroline Sinders, an expert on “conversational analytics” who works on chat robots for another tech company. (She asked not to identify it because she wasn’t speaking in an official capacity.) She called Tay “an example of bad design.”

Instead of building in some guidelines for how the program would deal with controversial topics, Sinders added, it appears Tay was mostly left to learn from whatever it was told.

“This is a really good example of machine learning,” said Sinders. “It’s learning from input. That means it needs constant maintenance.”

Sinders said she hopes Microsoft will release the program again, but only after “doing some work” on it first.

Microsoft said it’s “making adjustments” on Tay, but there was no word on when Tay might be back. Most of the messages on its Twitter account were deleted by Thursday afternoon.