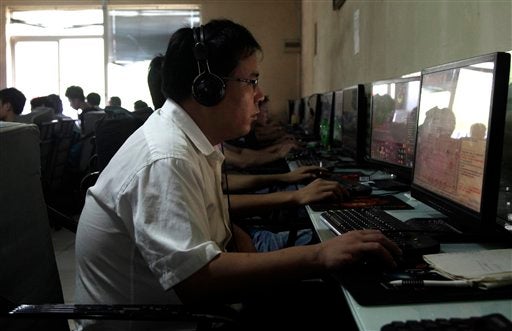 BEIJING — China is consolidating its ability to censor the Internet by drafting new rules requiring businesses that serve domestic Internet users to register their Web addresses inside the country, a move seen as targeting Chinese companies but that has raised concerns among foreign businesses.

In its most draconian interpretation, the proposed requirements could also further limit access within the Chinese network, analysts said. That appears to be the latest step by the ruling Communist Party to erect cyber barriers in the name of what some officials call “Internet sovereignty.”

“This expands control over domestic Internet operators and contributes to the gradual buildup of the capability underpinning Internet sovereignty,” said Rogier Creemers, an expert on Chinese media policy at the University of Oxford.

Under the draft regulations released this week by the Ministry of Industry and Information Technology, any firm that provides services to Chinese users must register its domain, or Web address, with a Chinese provider. The rules are found in Article 37 of the ministry’s proposed update to a set of decade-old Internet laws.

Analysts said the main targets appear to be Chinese Internet companies that store their content domestically but keep their Web address registered overseas with reputable, international firms for security purposes.

Requiring them to shift their registration to a domestic provider under Chinese government control would allow censors to react more quickly in blocking access to certain sites, said Long Weilian, an IT consultant based in the southern Chinese city of Shenzhen who has blogged extensively on the issue.

“Before, they had to contact the server, get the address, talk to the manager and then ask them to censor something,” Long said. “If the domains are all domestic, they can directly stop traffic going to your domain with a command.”

Jacob Parker, vice president for China operations with the U.S.-China Business Council, which lobbies the Chinese government on trade policy, said his group was concerned that the rules would block the free flow of information.

Concerned that a borderless, U.S.-led global Internet could weaken its political control, China’s government has repeatedly issued cyber regulations that have drawn criticism from Western trade groups. Following pushback from the White House last year, China dropped a provision in a cybersecurity law that would require companies to keep Chinese user data at facilities in China, allowing the government access to personal information.

Questions remain about the new rules’ true purpose and how strictly they would be enforced. The ministry is currently soliciting feedback on the proposed registration regulations, and Chinese laws are often softened during the revision process.

Fang Xingdong, the director of a top Chinese technology think tank, said he believes Chinese leaders are seeking to enhance their control, but not to wall China off from the rest of the world.

“Under the current wording, all this is doing is integrating large Chinese Web service providers under a more rigorous supervision framework, while most small businesses won’t be affected,” said Fang, whose organization regularly submits opinions to the government on Internet issues.

Any attempt to seal off the Chinese Internet “would hurt China as much as America,” he said.