US officials: The more we learn about Zika, scarier it is 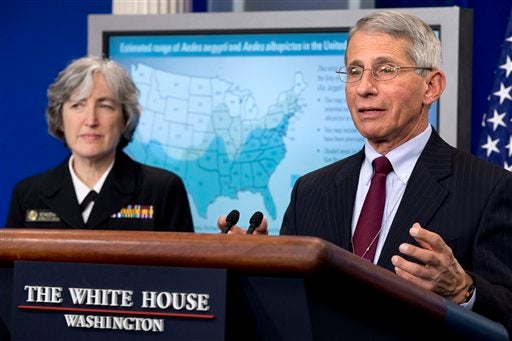 WASHINGTON— The more researchers learn about the Zika virus, the scarier it appears, US health officials said Monday as they urged more money for mosquito control and for developing vaccines and treatments.

“Everything we look at with this virus seems to be a bit scarier than we initially thought,” Dr. Anne Schuchat of the Centers for Disease Control and Prevention said at a White House briefing.

And while experts don’t expect widespread outbreaks in the continental US, “we absolutely need to be ready,” she said.

President Barack Obama has sought about $1.9 billion in emergency money to help fight the Zika epidemic internationally and to prepare in case the virus spreads in the US, but the request has stalled in the Republican-controlled Congress. Last week, the administration said it would use $589 million in funds left over from the Ebola outbreak for some of that work.

READ: Research begins into possibility of a vaccine for Zika virus

But that “is not enough for us to get the job done,” said Dr. Anthony Fauci of the National Institutes of Health, whose agency hopes to have a possible vaccine ready for first-stage safety testing in early fall. “It’s just a temporary stopgap.”

Reports from Brazil over the last year have said infections in pregnant women have been strongly linked to babies born with unusually small heads, a birth defect called microcephaly that can signal underlying brain damage.

“I’m not an alarmist,” Fauci said, but he and Schuchat cited growing reason for concern about Zika:

—Researchers also have linked Zika to stillbirths, miscarriages, eye problems and other complications, with complications throughout pregnancy.

—There’s evidence that some adults occasionally may suffer serious effects from Zika. Researchers already were studying whether Guillain-Barre syndrome, a nerve condition that can cause paralysis, is linked to Zika. And on Sunday, another Brazilian research team reported two Zika patients who suffered yet another problem, a brain inflammation that damages the coating of nerve cells in a way similar to multiple sclerosis.

In addition to research into a possible vaccine, Fauci said the NIH is screening medications in the quest for a treatment. A few — 15 of 62 screened so far — show some degree of possible activity against Zika in laboratory tests although “that doesn’t mean they’re going to turn out to be good drugs,” he cautioned.

The CDC has warned women who are pregnant or attempting to conceive to avoid travel to Zika-affected areas. Because Zika sometimes spreads through sexual intercourse, the CDC also says men who’ve traveled to Zika-affected areas either should use condoms with their pregnant partners or avoid sex until the baby’s born.

More than 300 travel-associated cases of Zika have been reported in the US so far. While the CDC does expect some clusters of homegrown Zika to occur, it is working with state and local governments to boost mosquito control.