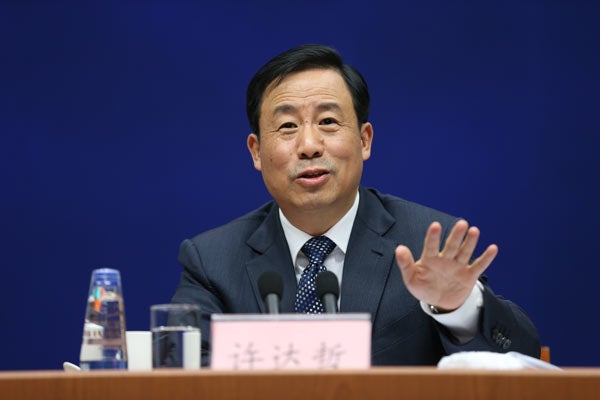 China’s top space official confirmed on Friday that an unmanned probe to Mars will be sent to orbit and land on the Red Planet in 2020.

Xu Dazhe, head of the China National Space Administration, said the central government approved the Mars mission on January 11 this year and 2020 was chosen because it will be a time specifically suitable for a probe to land.

The favorable launch window appears every 26 months, so Chinese scientists are carefully planning the mission to make sure the window won’t be missed, he said.

The probe will conduct scientific research on the Martian soil, environment, atmosphere and water, opening a new chapter in the country’s deep-space exploration program, the official said.

Xu made the remarks at a news conference in Beijing to mark China Space Day, which falls on Sunday.

The State Council, which is China’s Cabinet, announced in late March that starting this year, April 24 — the day when China launched its first satellite into space in 1970 — would be marked as China Space Day.

Pang Zhihao, a researcher on human space activity at the China Academy of Space Technology in Beijing, told China Daily that the country will face many challenges before it lands a probe on Mars.

“The probe will travel for about nine months before it reaches the Martian orbit, because the closest distance between the Earth and Mars is more than 50 million kilometers,” he said.

“We must make sure its power system can sustain nine months of spaceflight.”

Another challenge lies in tracking, monitoring and communicating with the spacecraft, since the probe will operate vary far from Earth. TVJ