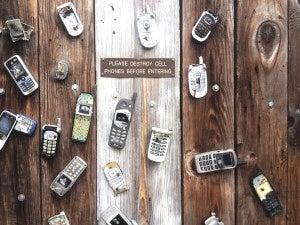 A new study conducted by smoothie and juice company Innocent has found that one in five Britons suffer from separation anxiety when parted from their smartphone.

Of the 2,000 people surveyed, four out of ten revealed that they find it difficult to unplug from their phone, tablet or desktop. Overall, the study found that the average British adult spends approximately 20 weeks per year looking at a digital screen.

“It’s amazing to see how much time we spend ‘connected’, either online or on our phones,” Brand Activation Manager at Innocent Drinks, Jamie Sterry, has said. “And while we don’t think technology is a bad thing by any means, it is important that we don’t forget to ‘unplug’ every so often and make sure we take a break from being constantly connected to technology.” 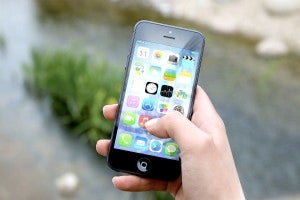 However, it appears some people may have genuine difficulty unplugging due to separation anxiety. Of the 2,000 people surveyed, 30 percent said that they check their phone at least once every 30 minutes. Meanwhile, 25 percent admitted to feeling “bored” when away from their phone for an hour whilst 23 percent said they felt “anxious.”

According to this article on separation anxiety at TheCircle, when sufferers are separated from something or someone they are emotionally attached to, they will experience excessive feelings of stress, worry and even fear. This can lead to numerous other emotional problems and a decreased level of life satisfaction.

Since the first mobile phone call in April 1973, the phone landscape has changed immeasurably. In the early 1970s, an engineer at Motorola named Martin Cooper made the first ever mobile phone call during which he informed a rival company that he was using a cell phone.

The phone itself weighed over a kilogram and was almost 23 centimeters tall. Ten years later Motorola released the Motorola GynaTAC 8000X, which held just 30 phone numbers, had 30 minutes of talk time and cost a whopping $3,995.

However, at the end of 2015 the International Telecommunication Union (ITU) reported that there were over seven billion phone contracts registered around the world. For the first time ever, there are more active mobile phones on Earth that there are human beings. If Innocent’s study is anything to go by, it doesn’t seem like our love affair with mobile phones will stop anytime soon.

In fact, some of us love them so much that there’s even a name for the fear of being without your mobile phone: Nomophobia. Over 90 percent of phones in Japan are waterproof simply because they take them into the shower with them. On average, people unlock their smartphone 110 times per day and people are now more likely to own a mobile phone than they are to have a toilet.

That said, Innocent’s study does reveal some occasions where mobile phones are more irritating than addictive. For instance, 35 percent of those surveyed disliked it when someone used their phone during dinner, while 28 percent thought that checking your phone during a conversation was inappropriate.