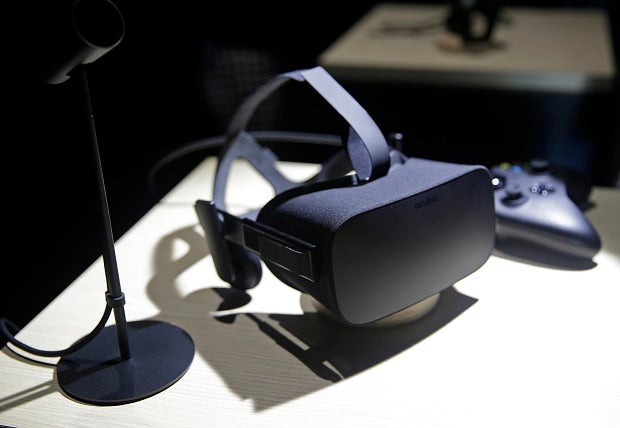 SAN FRANCISCO — Google is expected to dive deeper into virtual reality and artificial intelligence Wednesday during an annual conference that serves as a launching pad for its latest products and innovations.

Although Google keeps its plans under wraps until the big event, the conference agenda makes it clear that virtual reality and artificial intelligence, or “machine learning,” will be among the focal points. That has spurred speculation that Google is getting ready to release a virtual-reality device to compete with Facebook’s new Oculus Rift headset, as well as the Samsung’s Gear VR and the Vive from HTC and Valve.

Reporters and bloggers from around the world will attend, ensuring that whatever the company unveils will also be featured in stories, pictures and video delivered to a vast audience of consumers. The three-day showcase also attracts thousands of computer programmers, giving Google an opportunity to convince them why they should design applications and other services that work with its gadgets and an array of software that includes the Chrome Web browser and Android operating system for mobile devices.

Android powers about 80 percent of the world’s smartphones, largely because Google gives away the software for free to device makers. Google can afford to do that because it designs Android to feature its search engine, maps and other digital services, giving it more opportunities to show the digital ads that generate most of its revenue.

But Apple’s iPhone carries more cachet with affluent consumers and often introduces features that Android copies. Apple will hold a similar conference in June to unveil its fall software plans.

Google is holding this year’s conference, called Google I/O, at an amphitheater a few blocks from its Mountain View, California, headquarters. With more than 6,000 seats, the amphitheater could potentially accommodate a larger crowd than the San Francisco venue where Google held I/O in past years.

Google’s bare-bones entry into the still-nascent field of virtual reality came two years ago when it unveiled a cheap headset made out of cardboard. The company may now be poised to get more serious, given far more sophisticated options available for sale. Analysts are touting virtual reality, a technology that casts its users into artificial, three-dimensional worlds, as one of the industry’s most promising areas for growth.

Artificial intelligence, a term used to describe efforts to develop software that acts and behaves more like humans, has been a focal point of Google’s for years. Progress in the field has helped Google’s search engine comprehend the intent of people’s inquiries more quickly and vastly improved the comprehension and responsiveness of its voice-recognition services.

Analysts have speculated that Google might tap into its artificial-intelligence research to introduce a virtual-assistant product that could be set up in homes to help people manage their lives and get information more quickly. Such a device would represent Google’s response to the growing popularity of Amazon’s Echo, a cylinder-like device equipped with speakers and an Internet-connected microphone that enables a virtual assistant called Alexa to interact with its users.