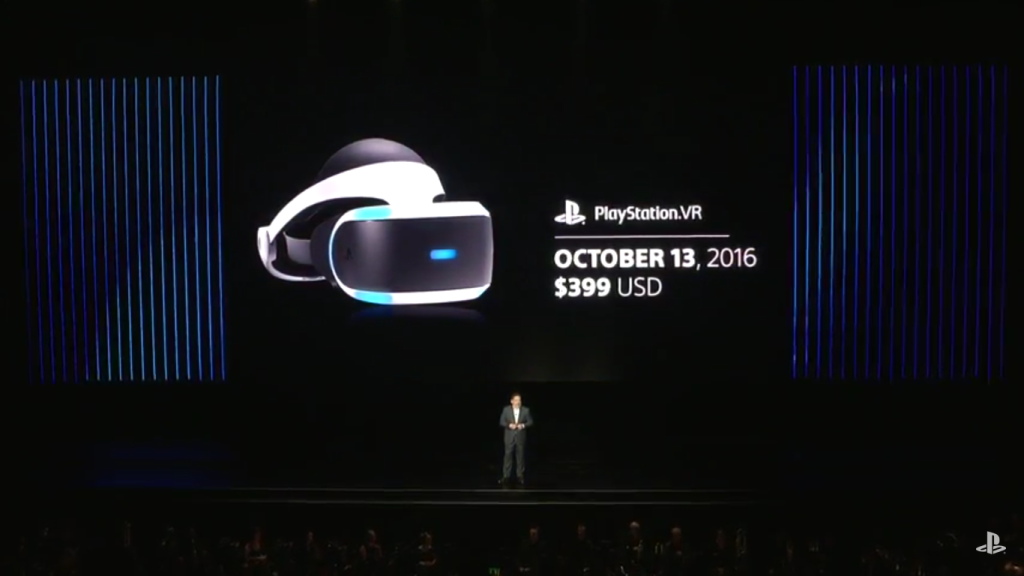 Since the initial announcement, many have been excited for Sony’s PS VR. Now the company finally settled on a release date and SRP.

Priced cheaper than the Oculus Rift and HTC Vive, the PS VR will come with a price tag of $399, according to a Gizmodo report. Even with the cost of buying a PS4 included, the overall price for a Sony VR system is still lower compared to the competition. However, there was no mention of what the VR headset will come packaged with.

Sony also included in their E3 announcement a collection of over 50 games to be released between October and the end of the following year. There are indications that this will include a Batman and Star Wars game. Alfred Bayle