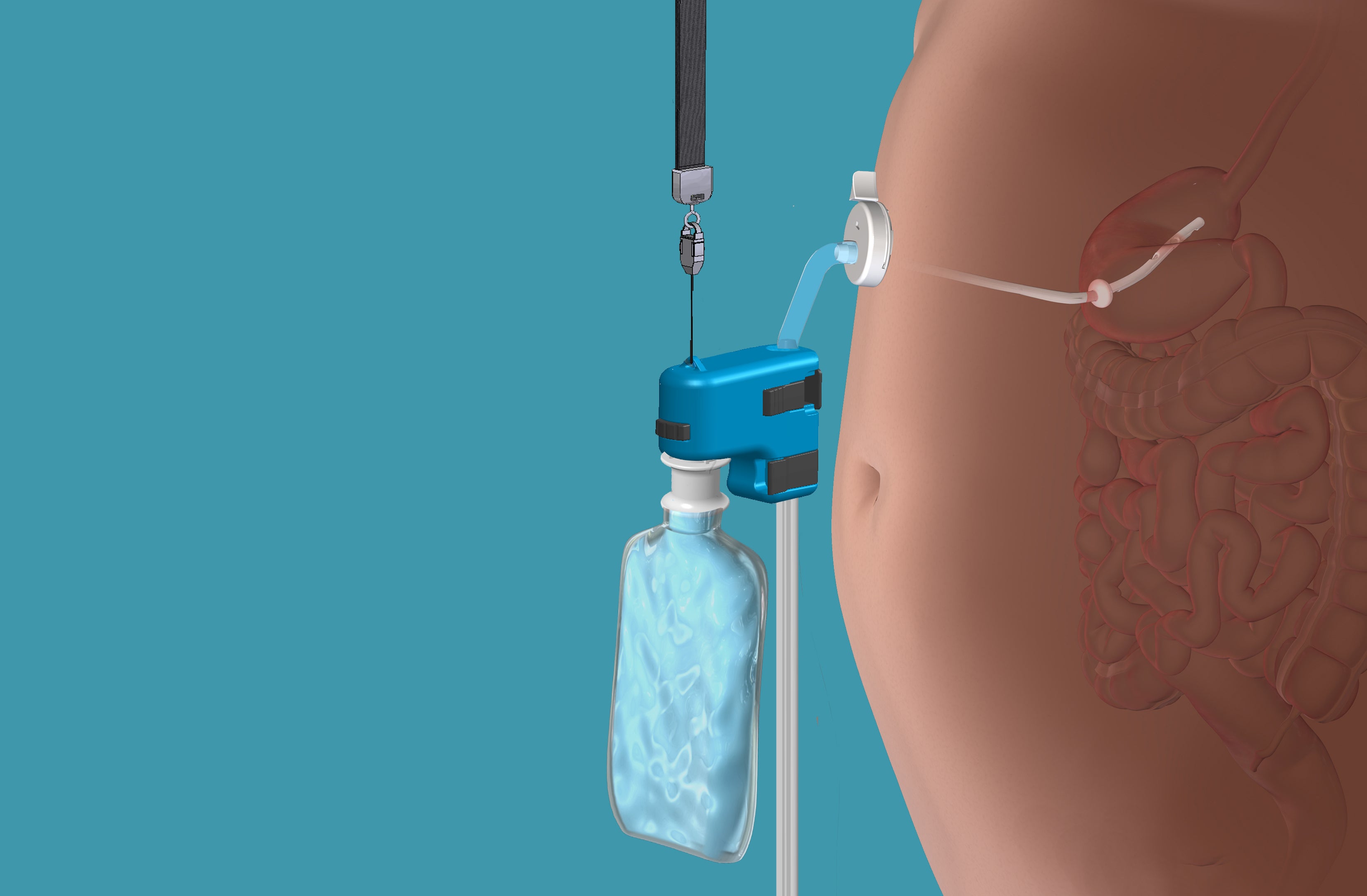 This rendering provided by Aspire Bariatrics, Inc. demonstrates the use of the AspireAssist weight loss device, approved by the Food and Drug Administration on June 14, 2016. The AspireAssist system consists of a thin tube implanted in the stomach, connecting to an outside port on the skin of the belly, which itself is connected to an external device, which helps remove nearly a third of the food stored in the stomach before calories are absorbed into the body, causing weight loss. ASPIRE BARIATRICS, INC. / AP

WASHINGTON, United States — A new weight loss device offers a novel approach to cutting calories: draining them from the stomach before they are fully digested.

The AspireAssist system consists of a thin tube implanted in the stomach, connecting to an outside port on the skin of the belly. About 20 minutes after finishing a meal, users connect the port to an external device, which drains some of the recently-consumed food into the toilet.

The manufacturer — Aspire Bariatrics based in King of Prussia, Pennsylvania — says its system removes about 30 percent of food stored in the stomach before it begins causing weight gain.

The Food and Drug Administration approved the device on Tuesday for adults who are obese, with a body mass index of 35 to 55, and have not been able to lose weight with other methods.

It’s the latest option for millions of obese Americans who have been unable to lose weight via more traditional methods. Obesity is considered one of the nation’s leading public health problems because it can trigger diabetes and lead to heart disease and other serious health problems.

Last week the Centers for Disease Control and Prevention reported that rates of obesity among women had reached 40 percent for the first time. That compares to a 35 percent obesity rate for men.

The FDA said it approved the new device based on studies showing patients lost an average of 12 percent of their total body weight one year after the procedure. That compared to 3.6 percent weight loss for patients who didn’t receive the device.

“Patients need to be regularly monitored by their health care provider and should follow a lifestyle program to help them develop healthier eating habits and reduce their calorie intake,” said FDA deputy director Dr. William Maisel, in a statement.

Patients undergoing permanent weight loss surgery, such as gastric bypass surgery, generally lose about 34 percent of their total weight after one year. The 50-year-old procedure involves stapling a small pouch off from the rest of the stomach and connecting it to the small intestine

Weight loss is significantly lower with reversible banding procedures, in which a small saline-filled band is wrapped around the stomach to reduce its size. Those patients generally see weight loss of 14 percent after one year. Potential side effects include esophagus irritation, infection and vomiting, in some cases.