Touch ID rumored to come from the MacBook Pro 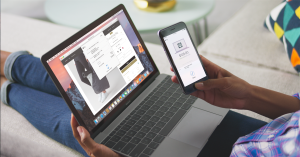 It has been said that the new MacBook Pro will introduce a cacophony of new features although many such claims are mostly rumors. However, the code for the upcoming macOS Sierra appears to verify some of these rumors.

According to The Verge and several other sources, the macOS Sierra beta code included the string ”kIOHIDBiometric.” Seeing the word “biometric” suggest a higher indication that Apple is prepping their hardware for a built-in Touch ID feature.

The code also included reference to a possible OLED touch panel; however, French site Consomac debunks this rumor as unlikely. Their report goes on to mention that the code may actually be USB constants rather than references to OLED touch panels.

While code strings don’t always mean the launch of a new feature, it does happen as is the case of the iOS 7. Code was previously found for a biometric fingerprint sensor which eventually launched with the iPhone 5S. More details will be revealed about the new MacBook Pro by September. Alfred Bayle