Zuckerberg to remain Facebook head honcho for years to come 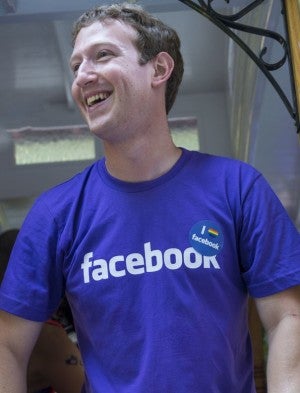 Facebook shareholders like Zuckerberg so much, they took steps to ensure he remains CEO for a long time to come. Image INQUIRER.net

Shareholders at Facebook’s recent annual meeting unanimously voted to keep Mark Zuckerberg as CEO in the next many years .

The shareholders voted to restructure company stocks to ensure that Zuckerberg keeps the majority, even as the company issues more.

One investor was quoted as asking Zuckerberg, “How do you make yourself warm and fuzzy and loved throughout the world?” In response, he said that if you want to keep people interested in Facebook, you have to be clear on what you want to do.

Despite his secure seat on the CEO throne, Zuckerberg is not one to get complacent. This is why he is committed heavily to messaging through Messenger and WhatsApp. He plans to extend messaging on both platforms, so it also becomes a way to communicate with businesses.

In the future, virtual reality and artificial intelligence will also be among the platforms that will ensure as many people around the world can get online and be connected. With shareholders wholeheartedly backing Zuckerberg, it seems that Facebook’s visions for the future will eventually become a reality. Alfred Bayle