Microsoft Edge, Opera claim to be most efficient browser 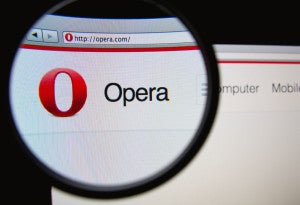 Engineers from Opera challenge Microsoft’s claim of Edge being the most power-efficient browser. Image INQUIRER.net

Microsoft recently thumped its chest for having Edge come out as the most efficient browser.  Opera, however, disputes its rival’s claim, insisting it has the right to the title.

The Verge reports that engineers from Opera Software are more than happy to prove Microsoft wrong with their own tests. They said Microsoft has yet to reveal the exact setup for its battery tests. Opera Software has given a detailed rundown of its test in a blog post with its director of development, Błażej Kaźmierczak, challenging Microsoft, “Better luck next time, Microsoft.”

Microsoft Edge program manager Kyle Pflug responded on Twitter, “This test turned on an ad blocker, which is off by default. Not loading and rendering the same content in all browsers.”

Opera engineers used an automated system that accessed popular websites while the ad-blocking and power-saving options were enabled on the browser. The results supposedly showed that Opera ran 22% longer than Edge.

If there’s one thing that the engineers from both sides agree on, it is that Chrome “isn’t a worthy competition.” Let’s see what Google has to say about this. Alfred Bayle