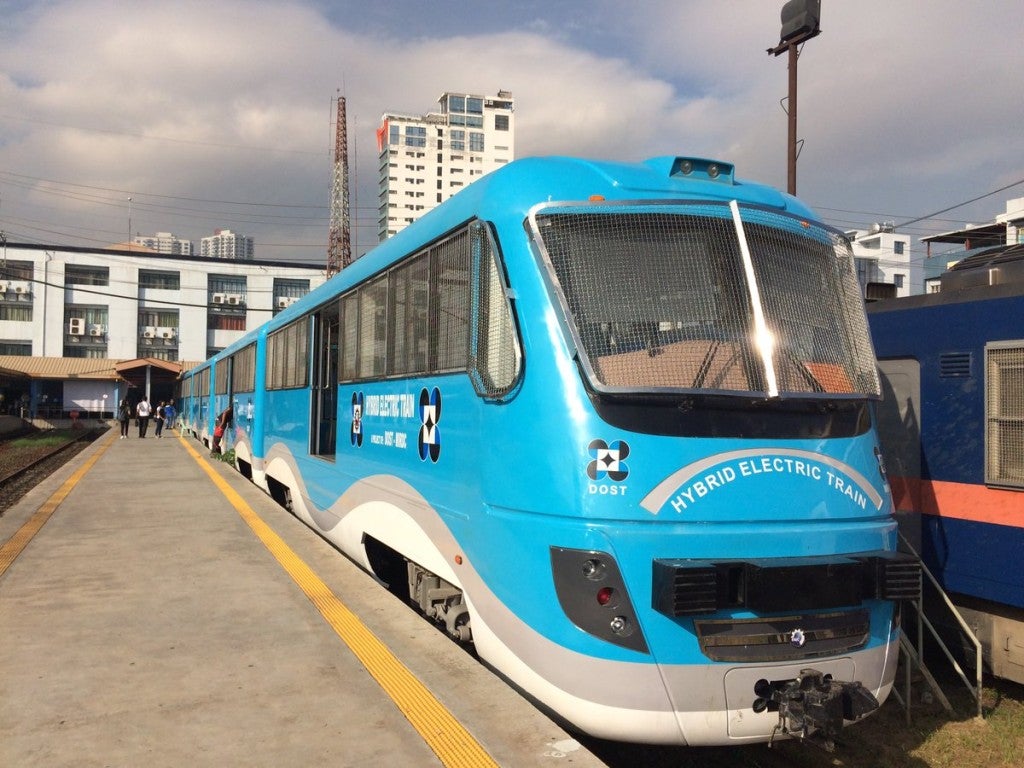 SAY GOODBYE to the rickety and sweat-inducing train rides of the Philippine National Railways (PNR), as the Department of Science and Technology (DOST) launched Saturday morning the hybrid electric train that promises to provide the public a much “safer, more comfortable and bearable” commuting experience.

Developed by DOST’s Metal Industry Research and Development Center (MIRDC) in 2013, the P120-million project was launched to the media as proof that Filipino scientists and engineers have the knowhow to solve the country’s perennial transportation problems.

“It’s high time that we give recognition to the fact that we are fortunate to have the best engineering and technical minds in the country… We have the solutions to our own problems. We can make local technologies work,” Science Secretary Mario Montejo said during the launch at PNR’s Tutuban station in Manila.

Montejo said that the hybrid electric train is an energy efficient train because of its regenerative capability. Compared to the current PNR trains, the hybrid train has batteries on board which store the energy it generates when it runs and stops.

The MIRDC said that with the hybrid train, they are looking at reducing fuel consumption by up to 50 percent.

The hybrid train, which has an operational speed of 60 kilometers per hour, has five coaches that can each accommodate 220 passengers.

PNR general manager Joseph Dilay said that they are hopeful the project will ensure a “safer, more comfortable and bearable” commuting experience for the public.

The MIRDC, however, noted that the train will still have to undergo “rigorous safety testing” before it can be used by the public. CDG