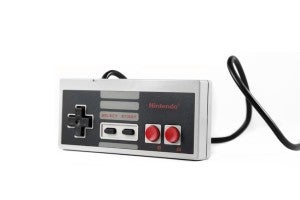 Nintendo is making plans for a controller peripheral for smartphones which they hope will provide the precision and enhanced experience for future games. Image INQUIRER.net

As Nintendo continues its foray into the mobile gaming market, the company has revealed interest of developing controllers for smartphones.

Nintendo director and general manager of entertainment planning and development, Shinya Takahashi, stated in a recent shareholders’ meeting that there is an interest to develop controller peripherals for smartphone users, Geek reported. Nintendo is also looking into whether a dedicated controller can improve the gaming experience for smartphone users, as it wants to maximize impact for future games that will be released on the platform.

Takahashi said that any application of peripherals will retain the company’s trademark design and be as “Nintendo-like” as possible.

In the same meeting, Nintendo President Tatsumi Kimishima suggested that the company would require the support of third-party partners in undertaking projects such as these.

Controller peripherals for smartphones are nothing new. However, a majority of what is in the market is usually subpar and largely ignored by users. Nintendo hopes to tap into this with a more precise device that will work well with some of the titles that will soon come to the mobile platform such as Fire Emblem and Animal Crossing.  Alfred Bayle