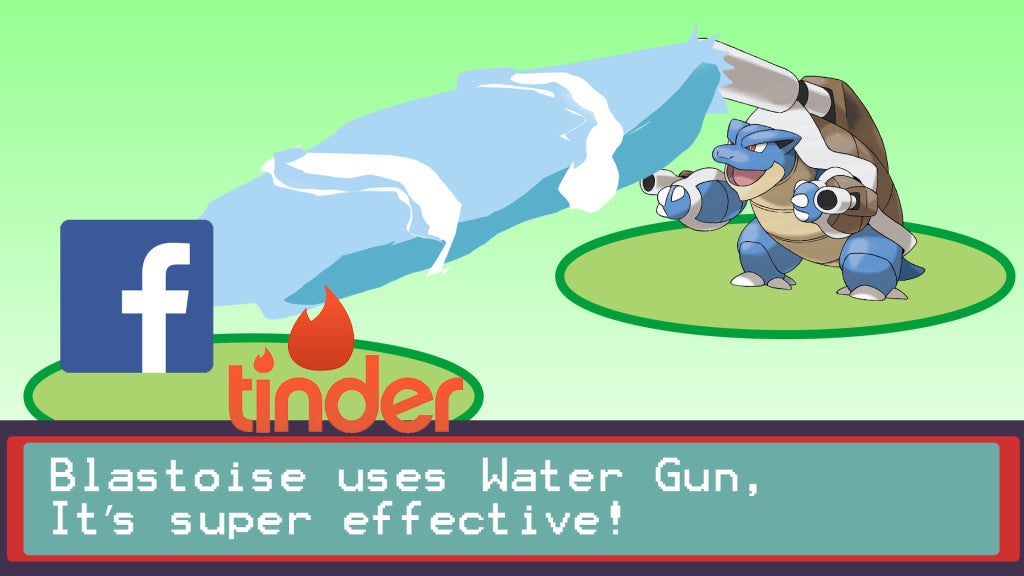 Popular gaming application Pokémon Go may just be less than a week old, but it’s already giving the biggest apps in the world a run for their money.

Since its release on June 6, the famed augmented-reality game’s recent surge in popularity has surpassed established apps such as dating service Tinder and even Facebook’s Messenger app, according to website traffic statistics company SimilarWeb.

“On July 8th, only 2 days after the app’s release, it was already installed on 5.16% of all Android devices in the US,” SimilarWeb wrote in a blog post.

“If that doesn’t seem like much, consider that by Thursday, July 7th, Pokémon Go was already installed on more US Android phones than Tinder,” the company added.

When it comes to user engagement,  the app is also outperforming bigger platforms such as WhatsApp and Instagram, the report said.

“As of July 8th, the app (Pokémon Go) was being used for an average of 43 minutes, 23 seconds a day, higher than Whatsapp, Instagram, Snapchat, and Messenger,” said SimilarWeb.

The shocking numbers also revealed that the next highest app on the list is WhatsApp at 30 minutes, followed by Instagram, 25 minutes, and Snapchat, nearly 23 minutes. A separate study by firm eMarketer, meanwhile, noted that Americans log an average of 22 minutes per day on Facebook. 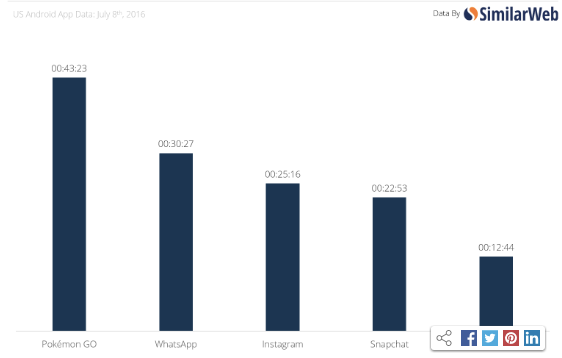 Pokémon Go is also inching closely at the heels of long-time Silicon Valley social network Twitter, when it comes to daily active users.

“Over 60% of those who have downloaded the app (Pokémon Go) in the US are using it daily, meaning around 3% of the entire US Android population are users of the app,” SimilarWeb wrote.

“This metric, which we refer to as Daily Active Users has put Pokémon Go neck and neck with Twitter, and in a few more days, Pokémon Go will likely have more daily active users than the well-established social network,” the company added.

Ironically, the game is only available to users from the UK, the US and Australia, which would eventually pave the way for an avalanche of more users once it rolls out in Europe and Asia “within a few days.”

READ: Pokémon Go to kick off in Asia, Europe ‘in a few days’

Pokémon Go was developed by Niantic, a former Google startup, based on the mechanics of the popular location-based game Ingress.  Khristian Ibarrola