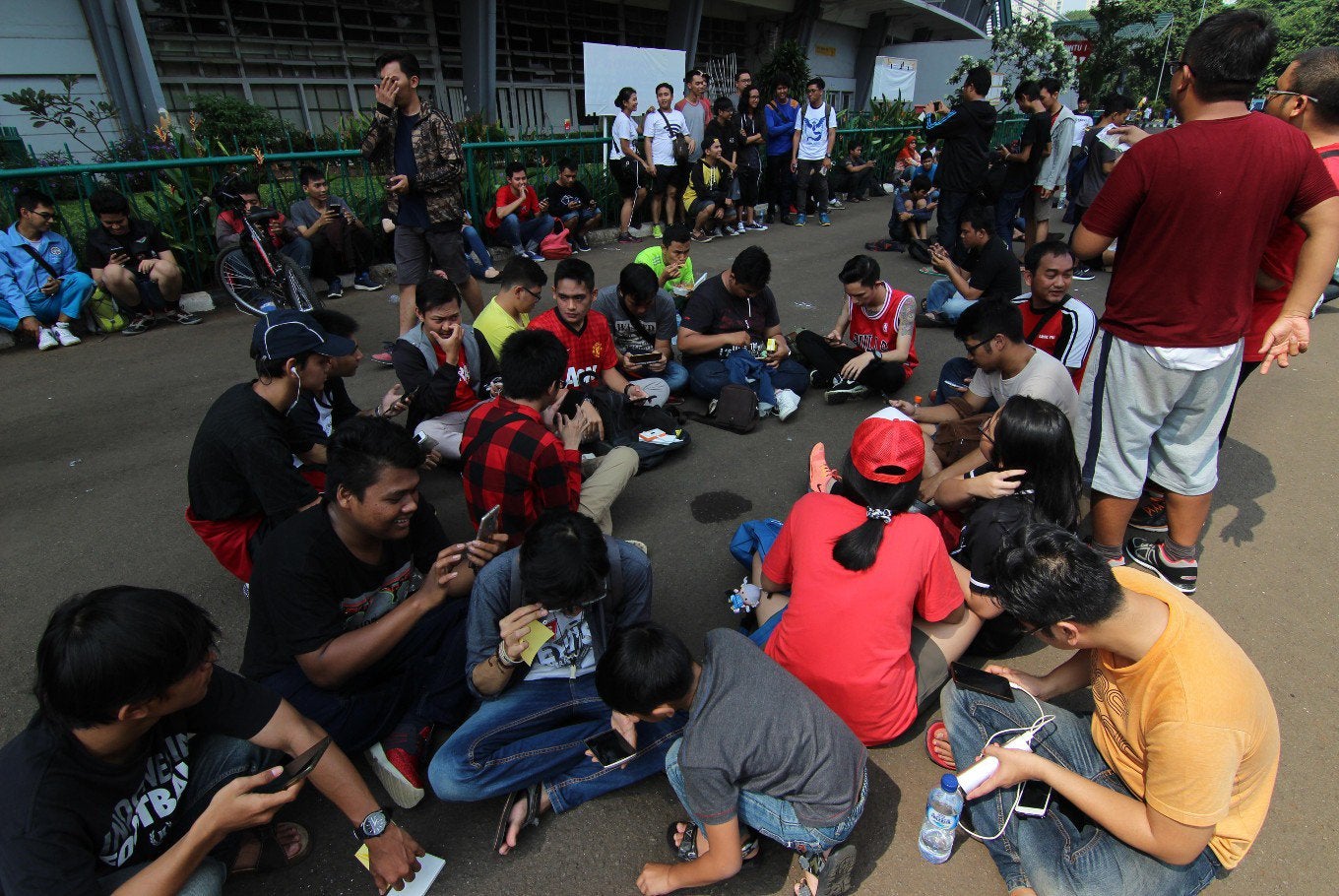 From the stadium, they marched to the fX Senayan shopping mall bus stop and headed to Semanggi city park, then returned to the stadium to catch the species, said to include Doduo, Bulbasaur, Horsea and Pikachu, among others.

The community spokesperson Sulhan told The Jakarta Post that the stadium hosted many PokeStops, as did gyms. The former is a spot where players can get free items such as a Pokeball (a ball to catch and restore the species), while the latter is where players can train their Pokemon species and put them in battle. The stadium got even more crowded when players used Lure Module to attract more Pokemon species. “And more PokeStops are available outside [the stadium],” he said.

Sulhan said that they intentionally chose spots where PokeStop and gyms were located somewhat far from one other so that the players would need to walk to reach them. “It is better to move than just stay at the same spot,” he added.

Aside from catching Pokemon species while burning calories, this very first gathering of Pokemon Go Indonesia aims to increase engagement between its members.

“I can meet new people and gain new friends,” said one member, Ibnu. “It proves that Pokemon Go players are cohesive, although we come from different teams.”