How to get started playing ‘Pokemon Go’ 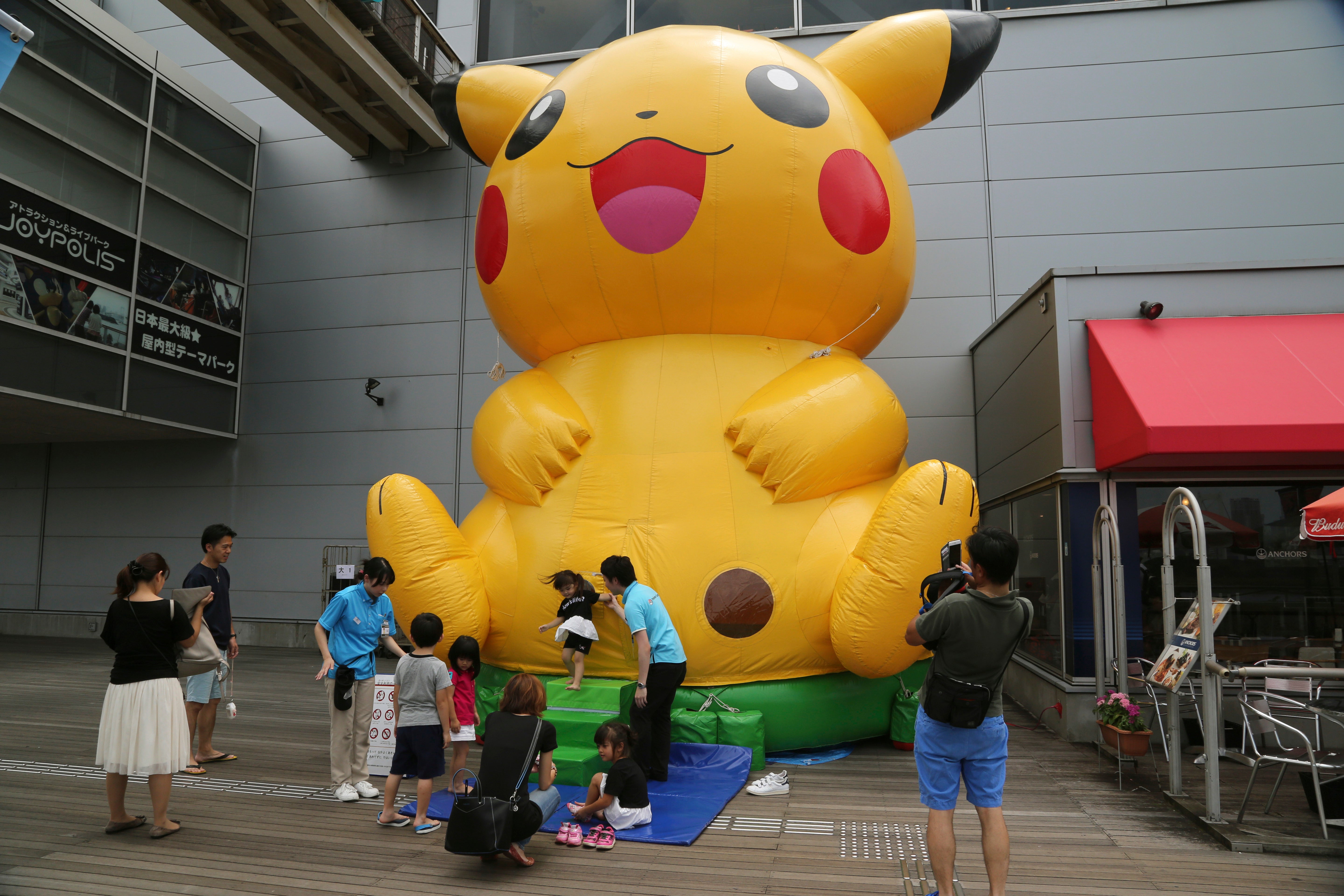 Children accompanied by their parents gather around to play in an inflatable Pikachu during a Pokemon festival in Tokyo, Monday, July 18, 2016. The summer event marking the release of the latest movie of Pokemon is held until the end of August. AP

NEW YORK, United States — Ready to hit the streets in search of a Pikachu?

The “Pokemon Go” smartphone game has become a phenomenon since its debut nearly two weeks ago. The appeal stems partly from how easy it is to play.

Here’s what you need to know to get started:

SIGNING UP AND SIGNING IN

Download the free “Pokemon Go” app from the Apple or Android app store. It’s now available throughout much of Europe, along with the U.S., Canada, Australia and other countries.

You can then sign in with a Pokemon Trainer Club account, if you already have one from playing the old-school “Pokemon” trading card game online.

For the rest of us, a Google account will do. After you customize you avatar by picking out clothes, color and gender, you’re ready to play. 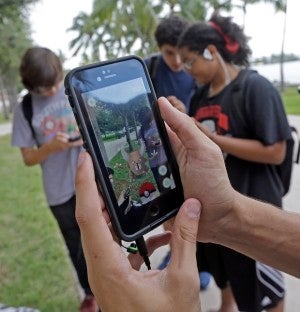 In this Tuesday, July 12, 2016, file photo, Pinsir, a Pokemon, is found by a group of Pokemon Go players at Bayfront Park in downtown Miami. The “Pokemon Go” craze has sent legions of players hiking around cities and battling with “pocket monsters” on their smartphones. AP

Your avatar appears on a digital map, mirroring your movements as tracked by your phone.

It’s like a bare-bones version of Google Maps, with no names attached to the streets, rivers and parks. A compass points north. You can see in all directions by spinning your character around.

Look around, and you’ll see floating light-blue blocks that signify “PokeStops.” These could be anything from the entrance to a park to fancy stonework on a building — all in the real world.

Tagging these spots by spinning the PokeStop’s photo disk on the phone earns you “Poke Balls,” which you can use to throw at and collect Pokemon, along with other items.

As you’re glued to your phone, avoid bumping into real-world obstacles. Have some fun along the way.

Pokemon appear on your grid from time to time. There are 128 listed in your profile to start, including Pikachu, the cute yellow rabbit-like creature that has long served as Pokemon’s poster child.

Tapping on them gives you a close-up view and allows you to fling your Poke Balls at them. The idea is to bop them on the head and capture them inside the ball.

Many people like the app’s use of augmented reality, a blending of the real and virtual worlds. The Pokemon seem to be right in front of you, thanks to your phone camera capturing what’s in front of you and displaying the Pokemon on top of it.

This has resulted in some pretty funny pictures on social media, but Pokemon are sometimes easier to catch if you turn this feature off.

If you’ve run out of Poke Balls, just look for more PokeStops. You can also buy Poke Balls and other useful items with coins you earn along the way. Or spend real money.

Once you reach Level 5, you can join one of three teams: Instinct (yellow), Mystic (blue) or Valor (red).

Then, head over to your nearest gym, which are virtual representations of real-world locations, just like PokeStops. You might run into other players here, too. Gyms held by your team can be used for training. You can allocate some of your Pokemon to defend them and use others to fight with Pokemon from other teams and wrest control of rival gyms.

As you move up levels, you’ll get more powerful versions of Poke Balls. And you can collect candies and stardust to make your Pokemon stronger and more apt to succeed in battle.