In a bid to bring Internet connectivity to remote locations, Facebook on Friday announced that it successfully completed the first full-scale test flight of “Aquila,” its solar-powered and high-altitude aircraft that aims to beam broadband coverage on the ground. 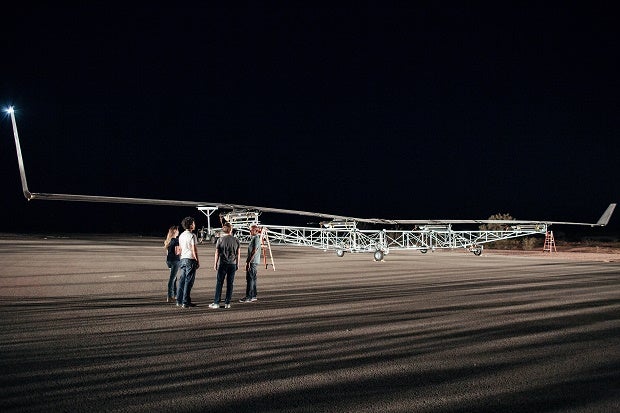 Facebook said the long-endurance airplane, once fully operational, will stay airborne for up to 90 days at a time to beam broadband connectivity covering 60-mile wide area, “helping to open the opportunities of the internet to people in underconnected regions.”

“This flight represents a major milestone in that work. It was the first in a series of tests called ‘functional checks,’ designed to verify Aquila’s operational models and overall structure. During the low-altitude flight, Aquila remained in the air for 96 minutes — more than triple the minimum planned mission length — and we gathered valuable data to help us improve our designs,” Facebook said.

“At cruise altitude, Aquila was consuming only 2,000 watts of power — that’s as much as a hair dryer or a high end microwave. On our next flights, we will fly Aquila faster, higher and longer. Eventually, it will fly at 60,000-90,000 feet beaming connectivity down to people,” it added. 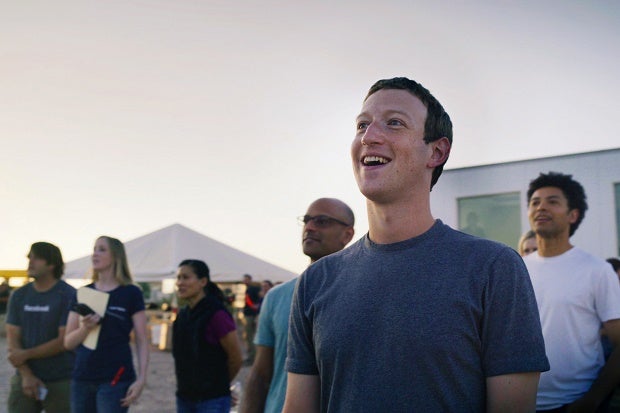 Mark Zuckerburg and the team watching the flight. FACEBOOK PHOTO

Facebook said it is gearing for unique challenges in the next phase of testing, including getting enough energy during daylight and developing more efficient onboard power and communications system.

“Over the course of the next several months, we’ll continue to study the data we obtained from this initial flight. As we conduct more test flights, we will add more aircraft to the test fleet, fly to higher altitudes, and explore both the high-speed regime — where the airframe’s flexibility becomes limiting — and the low-speed loiter regime, where the aircraft will eventually provide connectivity to the ground,” Facebook said.

“We will add instrumentation to the aircraft to help us learn about the structural dynamics, stability and control derivatives, and the all-important aerodynamic efficiency. We’ll also experiment with different aircraft form factors, sizes, and weights as we learn more,” it added. CDG