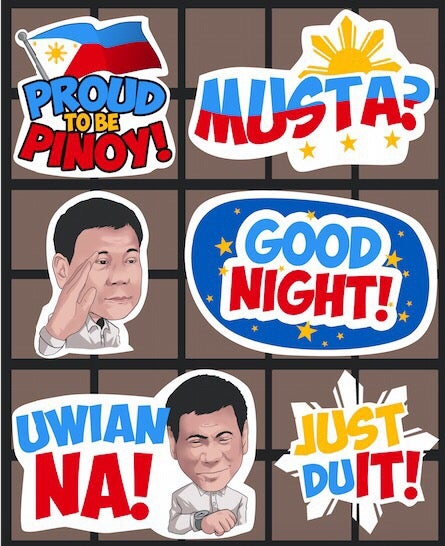 This famous line of President Rodrigo Duterte will soon be available on instant messaging app Viber through stickers.

Malacañang has announced that Duterte-inspired stickers called #ViberForChange would be available after the President’s first State of the Nation Address on Monday, July 25.

The stickers feature an illustration of Duterte’s animated reactions, mannerisms and some of his famous lines.

Presidential Communications Secretary Martin Andanar said the stickers, which were launched on Thursday, were inspired by “Duterte’s leadership personality”

“These messages echo the President’s campaign slogan for Change, which the administration intends to pursue through its various agencies and the President’s intensive drive against illegal drugs and drug lords, criminality, and corruption.,”

Andanar said the Duterte-inspired stickers aim to reach out to the public.

“Part of our role of is to reach out directly to the people which Viber allows us to do.  We believe that when citizens engage with the government, they become partners for change,” he said.

Aside from the stickers, Andanar said a public chatroom would also be available “to make this government a part of Filipinos’ daily conversations.”

“Anything goes in the world of social media,” Andanar said when asked about the advantages and disadvantages of this new development in exploring social media communications. “But we encourage citizen engagement, making them part of the process for positive change in the country,” he said.

In the Philippines, Viber has 25 million registered users and 754 million users worldwide. IDL