Everyone’s been caught with the Pokémon fever these days, but one man may have gone way overboard with his action.

A Twitter video is being lambasted by netizens, showing a Pomeranian dog dyed yellow to make it look like Pokémon franchise’s esteemed mascot, Pikachu.

they made their dog look like pikachu #PokemonGO pic.twitter.com/hBR7eQYbbu

Although it is not clear who the dog’s owners are, the clip uploaded by Twitter user Elihudi Urassa displayed the poor mutt sporting a full neon yellow fur, including the character’s trademark brown stripes and rosy red cheeks.

The disturbing 20-second video was originally shared more than a week ago, but it’s gone viral in the last couple of days after being shared thousands of times on Twitter and Facebook.

The oblivious dog, who was dubbed by commenters as “Puppachu,” is shown enthusiastically playing with his apparent owner.

Netizens, meanwhile, did not take kindly to his actions, and aired their frustrations online. 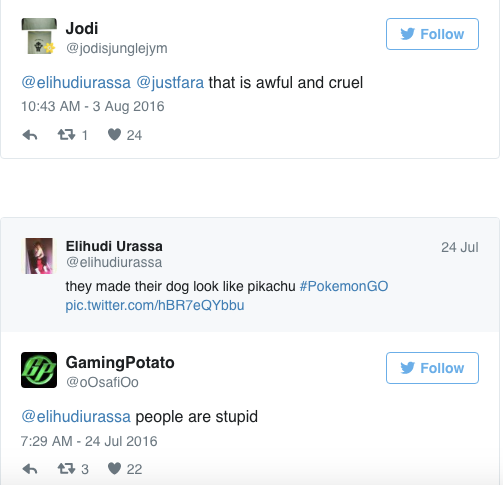 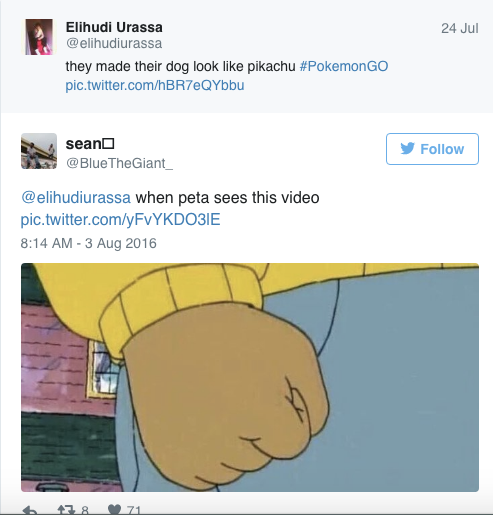 Others, however, did not see anything wrong with it. 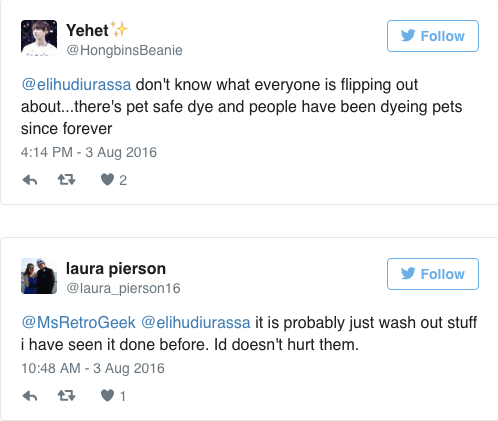 Animal-friendly dyes that are completely non-toxic are available for pet owners, but the People for Ethical Treatment of Animals (PETA) has warned the public about using such chemicals as it may add unnecessary stress or cause an allergic reaction to pets.  Khristian Ibarrola