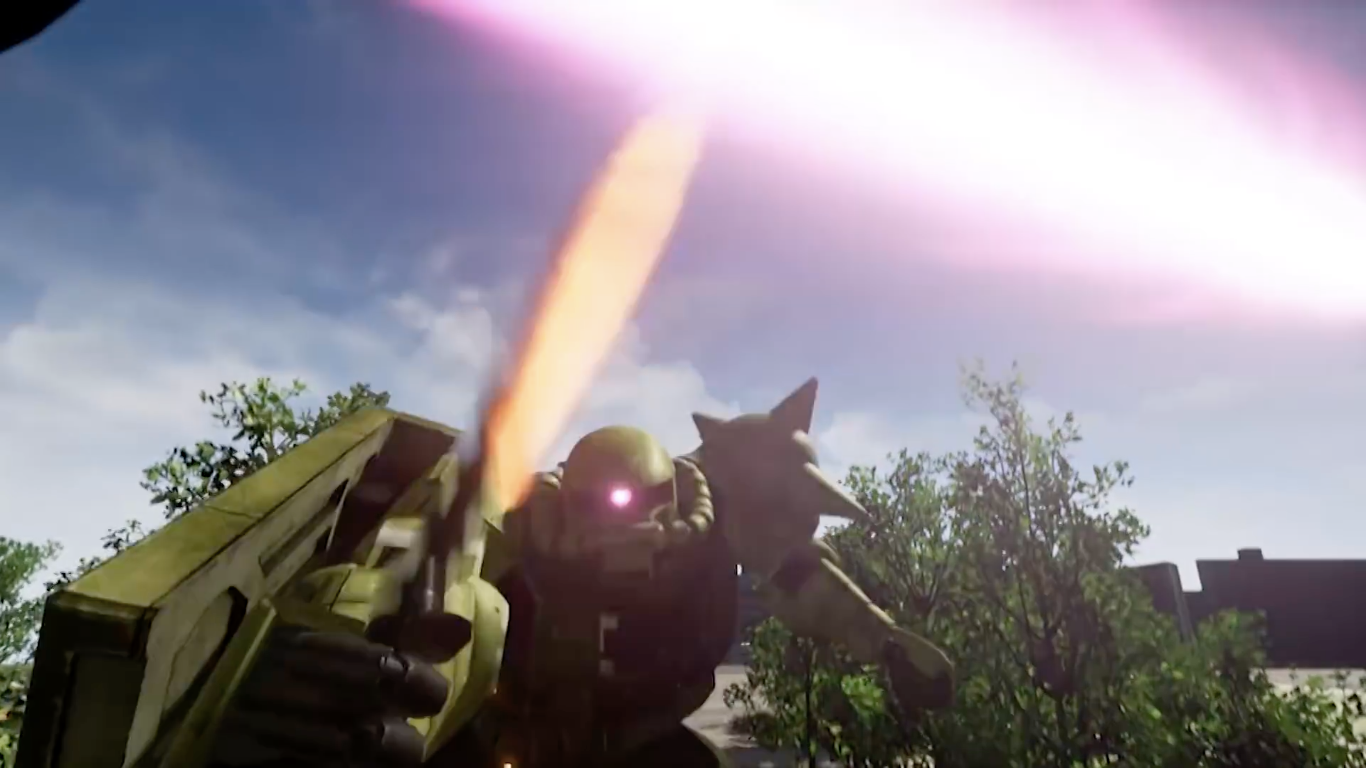 VR Zone allows users to experience what’s it like to be sitting on a Gundam palm as it dishes out punishment on a hostile Zaku. Image Bandai NAMCO

When the life-sized statue of the RX-78 Gundam from the popular Gundam anime series was built in Odaiba, Japan, fans and geeks around the globe wondered what it would be like if it actually started to move. Well, the Japanese don’t have the robotics technology to make that happen but they can bring the public the next best experience through virtual reality.

A report from Japan Times details a virtual reality experience currently being offered at VR Zone Project i Can in Odaiba. The VR experience gives individuals a taste of what a giant robot battle would be like from the perspective of a civilian riding the palm of an 18-meter-tall Gundam.

Users will be asked to don a VR helmet and positioned on a moving couch with a protrusion that’s shaped like Gundam’s thumb. From here the 8-minute-long VR program offers a full 360-degree view of the fight between the RX-78 and a green Zaku unit while the user seemingly sits in the safety of Gundam’s palm.

Yukiharu Tamiya, the facility manager, noted that Bandai already offers a game where users are offered the experience to pilot a Gundam from the cockpit. With that, the designers of the VR program thought it would be more thrilling for users to have a different perspective and sit on the Gundam’s hand instead.

Fans and curious geeks need to apply for a slot online in order to visit the VR Zone facility. There are eight VR experiences being offered and the admission price ranges from JPY700 to JPY1000 .

Unfortunately the facility will be closed down by Oct. 10 as it is merely a trial run by Bandai Namco to test the viability of commercial VR entertainment. If all goes well, more VR experiences may be offered in the future.  Alfred Bayle