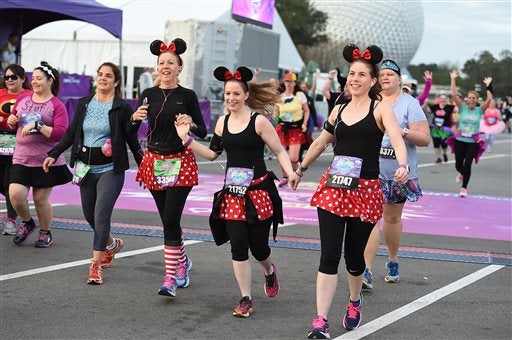 PARIS, France — Heavy drinkers who exercise are less likely to die from alcohol-related diseases than those who don’t, a study suggested Thursday, although its authors were cautious about the implications of their data.

Alcohol use categories ranged from “never drunk” to “harmful”, while exercise included everything from light gardening or walking to vigorous sport.

The data showed that “the association between alcohol intake and mortality risk was moderated by PA (physical activity),” the team reported in the British Journal of Sports Medicine.

Previous research has linked high alcohol intake to a heightened risk of death from heart disease, stroke and some types of cancer.

Of the study respondents, 14.6 percent reported not drinking, while 13.3 percent exceeded the British recommended weekly maximum of 14 units for women and 21 for men.

A unit is the equivalent of about a glass of wine, a small beer, or a shot of hard liquor.

About one in four respondents said they did no physical activity at all, while a similar percentage were highly active.

The team did say that their study could not draw any firm conclusions about cause and effect — whether exercise actively lowers the risks associated with alcohol.

But the results “provide an additional argument for the role of PA as a means to promote the health of the population even in the presence of other less healthy behaviors,” they wrote.

Experts not involved in the study pointed out that the apparent link may be caused by unrelated factors.

“It is important to consider alternative explanations for the findings,” Matt Field of the University of Liverpool told the Science Media Centre in London.

“For example, people who are already ill may be less active than those who are healthy.”

Kevin McConway of The Open University, said differences in diet of people who exercise and those who do not may also be a factor, rather than the level of activity itself./rga

TOPICS: alcohol, drinking, exercise, Health
Read Next
Booking a barber’s chair made easy with mobile app
EDITORS' PICK
What’s happening to the ICT Industry and its role in helping businesses today
More Cebu schools are now powered by Smart
Water remains our saving grace right now
Gabby’s resignation from ABS-CBN paves way for next generation Lopezes to take up new challenge
Comelec exploring possibility of holding 2022 elections for 2-3 days
52 new COVID-19 cases: Baguio’s single day record so far
MOST READ
ABS-CBN chairman Gabby Lopez resigns from network, other Lopez-owned firms
US Congress bill seeks to halt assistance to PH police, military
Suspension of US security aid to PH ‘not only our loss but theirs as well’ — Lacson
AFP, PNP disown pro-Duterte accounts shut down by Facebook
Don't miss out on the latest news and information.