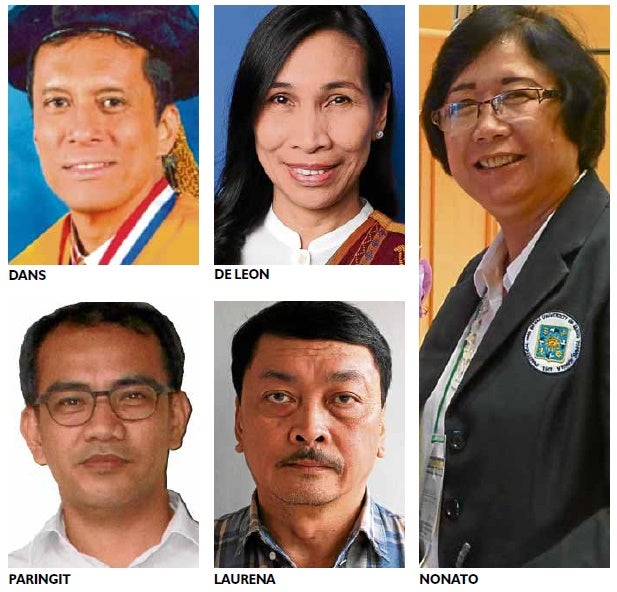 Did you know that aside from being a flavoring agent for Asian dishes and desserts, the common pandan (screwpine) also has medicinal uses?   Thanks to a Filipino chemist’s 25-year study of this aromatic tropical grass, there is now global interest in exploring the other uses of this common hedge plant.

Her study earned Dr. Maribel Nonato the sobriquet “Pandan Queen,” and more recently, the Gregorio Y. Zara award from the Philippine Association for the Advancement of Science and Technology (Philaast), for basic science research. The award recognizes Nonato’s pioneering study on the phytochemistry and biological activities of the Philippine-grown species of the pandan plant that she started in 1991.

The awardees were recognized for their work in promoting research and development among young students, said acting Philaast president Dr. Alvin Culaba at a press conference on Friday. The 65-year-old organization aims to promote and broaden the base of scientific advancement in the country.

Nonato, the first female and lay person to become vice rector for research and innovation at University of Santo Tomas, will be formally presented and recognized with the other awardees on Thursday at the joint convention of the Philaast and Asian Heads of Research Councils composed of 10 major research funding agencies and councils in the region.

When she started studying the pandan plant as part of the requirements for a doctoral degree in Organic Chemistry with specialization on Natural Products Chemistry from the University of Wollongong in New South Wales, Australia, there was little attention and very limited research on it, Nonato said.

One of the two studies on the plant back then was on its aroma, which was commonly used as a flavor enhancer for rice and other Asian dishes, she added.

After earning her doctorate degree in 1993, Nonato came home and resumed her research activities on the pandan with the goal of discovering new medicinal benefits and nutritional ingredients from these rarely tapped plant. Her study yielded interesting results, among them the finding that two Philippine-grown pandan species are potential anticholesterol and anti-inflammatory agents.

These findings excited researchers from neighboring Asian countries and prompted them to undertake similar studies on the pandan species in their respective areas.

“I first studied the pandan that we put to flavor rice. From there, I started discovering the other novel structures of alkaloids in the plant and that attracted the attention of other scientists,” the 59-year-old chemist said during the media briefing.

Alkaloids are natural, organic substances mainly found in plants that have physiological effects on humans and animals. Morphine, ephedrine and nicotine are among the well-known examples of alkaloids.

So far, the growing biological studies on the pandan have revealed a lot of possibilities that can impact on human health. The grass can be a source of antimicrobials and antiviral substances, diuretics, antioxidants, as well as anti-inflammatory and antitubercular agents.

“All my research really revolve on this particular group of plant, and not just those we use when cooking rice but all the other [types],” Nonato said.

“This is all I do so students and researchers call me ‘Pandan Queen.’ For anything related to pandan, they can check out my publication,” she said.

Aside from students, international and local researchers, as well as scientists, have also been tapping this chemist’s expertise in the identification of pandan species for their own studies.

“There’s no expert on pandan in the Philippines so I have to work with people from outside the country,” Nonato said, adding that she was currently working with her Asian counterparts to map out the biological activities of the pandan species grown in the region.

“There is a difference in the component and structure of the same plant or species grown in different countries and this also relates to climate change. So now we are trying to map these out,” Nonato said.

Her fellow awardee, De Leon, dean of the University of the Philippines College of Engineering, was recognized for her innovative research on energy fuels and thermal systems that her current study hopes could produce bioethanol from raw materials like rice straw and grass.

The Philaast cited Laurena for his body of work aimed at improving economically important crops and for his pioneering study on genetically modified organisms (GMOs) in the Philippines.

“He is instrumental in the development of the delayed ripening papaya, one of the ‘Pinoy GMOs’ being developed by the Institute of Plant Breeding at UP Los Baños,” the Philaast said.

Paringit was cited for his two decades of research and development work in utilizing spatial technologies in various applications such as resource management, environmental monitoring and hazard assessment.

His work led to the creation of models for hazard and disaster risk reduction and mitigation, the Philaast said.

Dans was cited “for establishing the foundations of evidence-based medicine in the Philippines that has helped improve the practice of medicine and delivery of quality health care in the country.” The Philaast noted that Dam’s health advocacies have resulted in the passage of significant laws and policies, among them the sin tax law.