Allo there! New messaging app ‘will do everything’ for you | Inquirer Technology
Close
menu
search

Allo there! New messaging app ‘will do everything’ for you 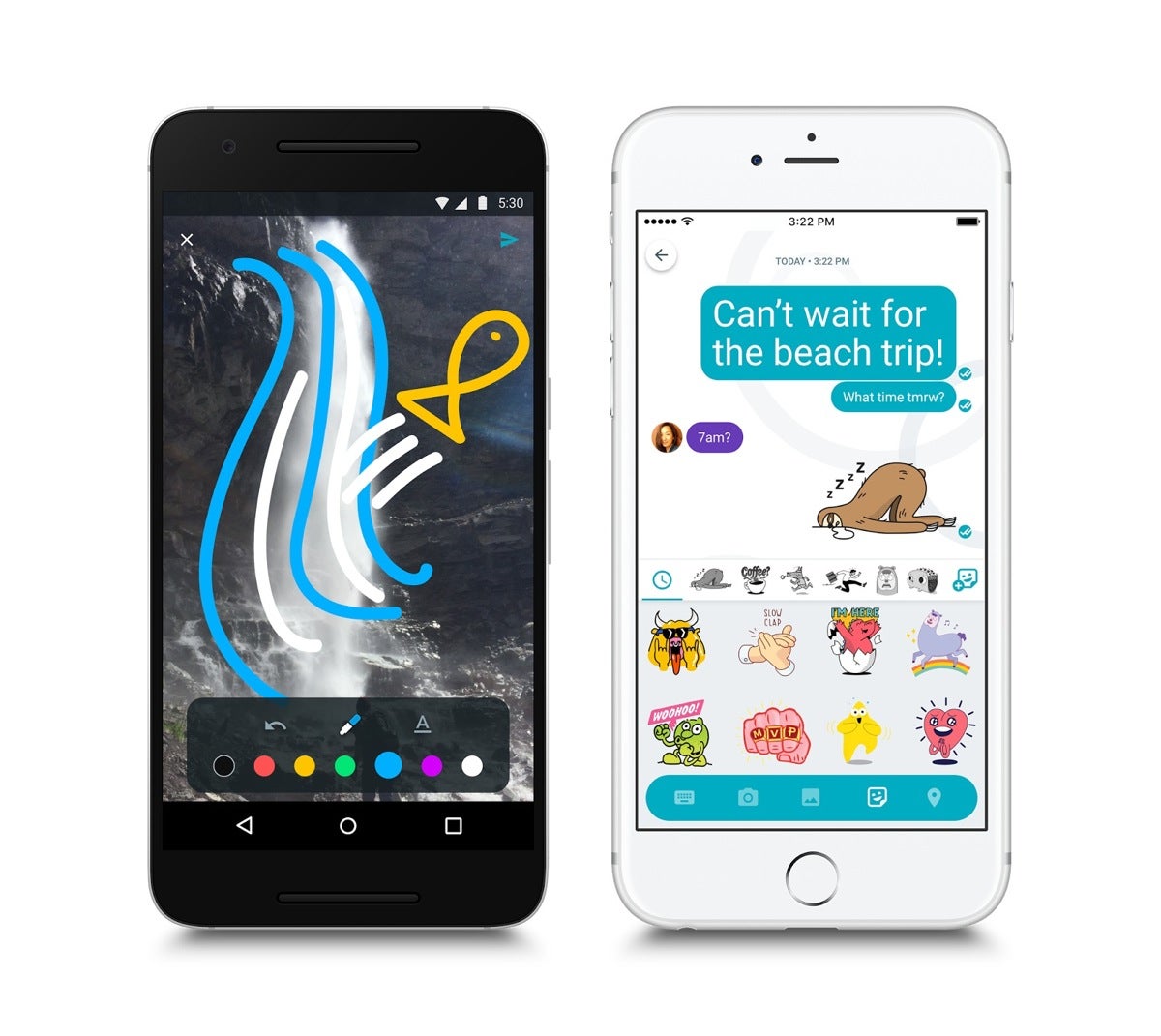 “Allo” is the French word for “hello” and it seems to be a fitting name for Google’s new messaging app, which is set to rival existing messaging apps out there.

Google already has a chat app called Hangouts and many people are still using it because of its video calling feature. It came as a surprise when the tech company announced that it is coming up with a new messaging app.

Google is marketing it as a “smart messaging app” because it uses the full potential of machine learning, which simply means predicting your next message by studying your past conversations using artificial intelligence. It “remembers” the pattern of previous messages and from there, it will provide suggestions as you try to chat with someone.

This idea prompted American whistle-blower and former National Security Agency insider Edward Snowden to tweet a warning not to download or use it because Google “retains your data by default” a day before the official launch. But Google never claimed otherwise. It’s out there and many people understand that to predict your next message, software needs to understand your behavior through previous messages.

Google CEO Sundar Pichai has been raving about Google Assistant since months ago and his dream of an Assistant for every Android user is coming true.

This is probably Allo’s advantage over other messaging apps such as Messenger, What’s App or Viber. Think of iOS’ Siri and you have Google Assistant, a bot that answers your queries. It is an upgrade of “OK Google” where you can ask directions or even translations if you are in a different country and having language barrier.

This feature can be a bit “creepy” because you can “respond without typing.” By just a single tap, it will suggest certain responses or emojis based on your personality or messaging history. Again, machine learning and artificial intelligence will “judge you” based on the words you often use or what emotions do you often express.

Allo doesn’t want you to go anywhere but within the app so it will let you doodle with photos within the conversation. You can write notes on the photo or create your own memes without leaving the app.

And then, there are the stickers. This generation has learned to communicate and express their feelings with stickers and emojis. The use of words is becoming less and less of a need because “millennial speak” means using stickers and emojis and abbreviations: TL;DR (too long; didn’t read), anyone?

Allo offers cool stickers that could keep any conversation going.

Google said, “Stickers in Google Allo are designed by independent artists and studios from around the world. From Drama Llama to Food Party, add some fun to the conversation when words aren’t enough.”

There’s a semblance with another messaging app Snapchat because aside from sending encrypted messages or those that may need some sort of a password, Allo also “comes with expiring chats so you can control how long your messages stick around and private notifications to help keep your chats more discreet.”

Basically, Google Allo is a hodgepodge of other messaging apps available—only better.

Pichai said in an interview a few months ago that it doesn’t matter whether a new product or service looks like a “me too,” but you can judge it through the “execution.”

News said Google Allo has already reached 5 million downloads in just a week. It looks like the tech giant’s huge investment and innovation on machine learning and artificial intelligence is paying off.

Google Allo is available on Android and iOS.