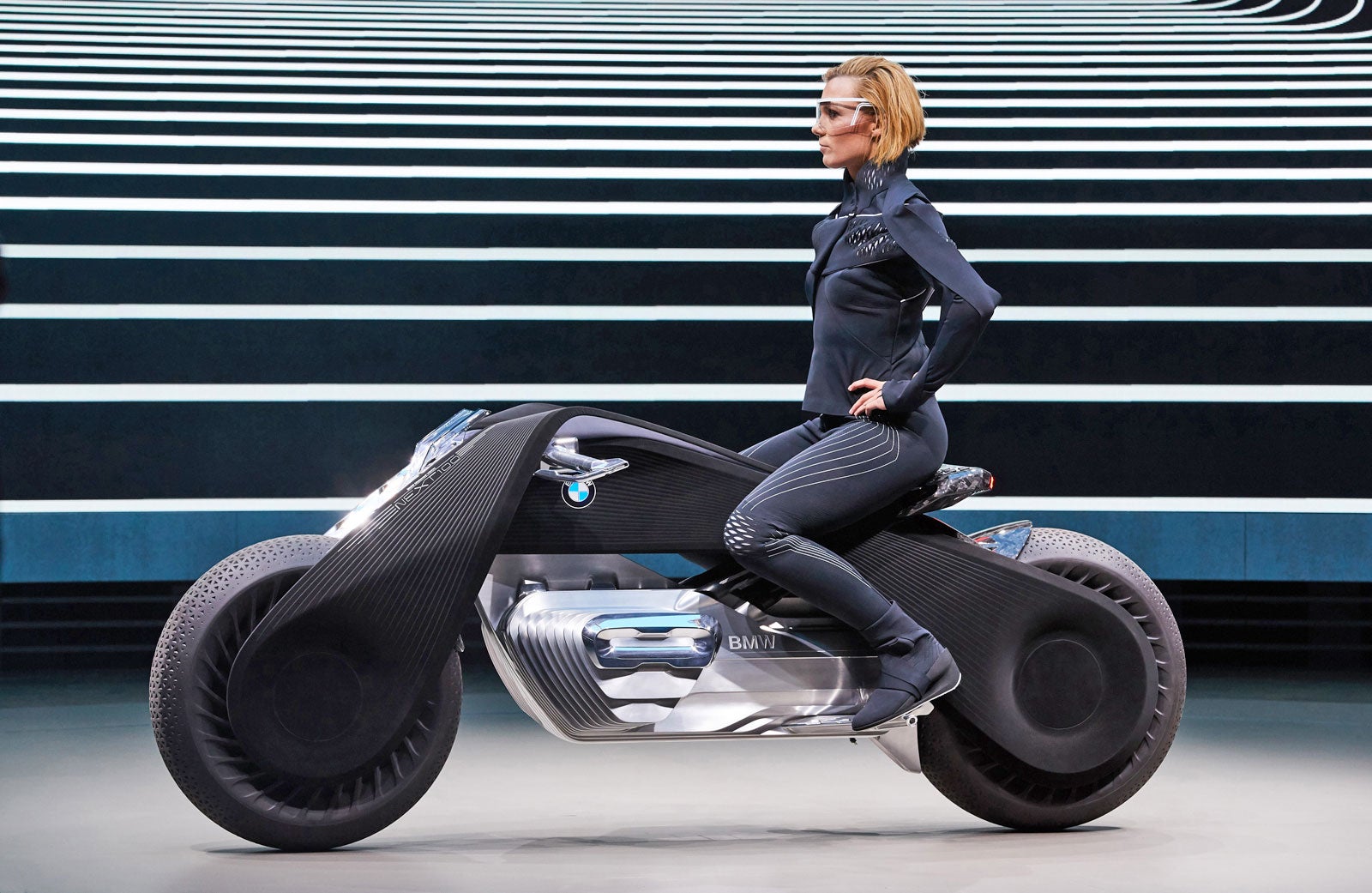 This new concept motorcycle from BMW may not come out as it looks in the picture but the idea of a self-balancing system certainly sounds like a worthwhile project to pursue.  Image BWM

BMW’s 100th birthday has prompted the company to unveil its latest concept vehicle that it claims to be smart enough to ensure the rider’s safety, thereby eliminating the need for the cumbersome helmet.

The Motorrad Vision Next 100 concept motorcycle certainly looks the part of a futuristic vehicle. It even gets rid of the traditional instrument cluster in the front and simply employs a visor that displays information and data relevant to the rider, reports Engadget.

As for its safety features, BMW states that the key is a self-balancing system that will allow the bike to stay upright even when not moving. It would eliminate the rider’s ever-present tendency of falling over, trusting instead the bike’s balancing system while pushing the limits even further.

While the balancing system will help prevent crashing due to rider error, the question is what if the rider was thrown off the vehicle? Unless the bike can somehow sense the absence of the rider and automatically try to catch the individual, authorities may still require some form of helmet or protective measure before anyone will be allowed to ride this smart vehicle.

BMW has not hinted the power plant for this concept vehicle, saying only that it would be a “zero-emission” bike. Given the trend of electric vehicles, it wouldn’t be too far off to assume that the Motorrad Vision Next 100 will be electric.