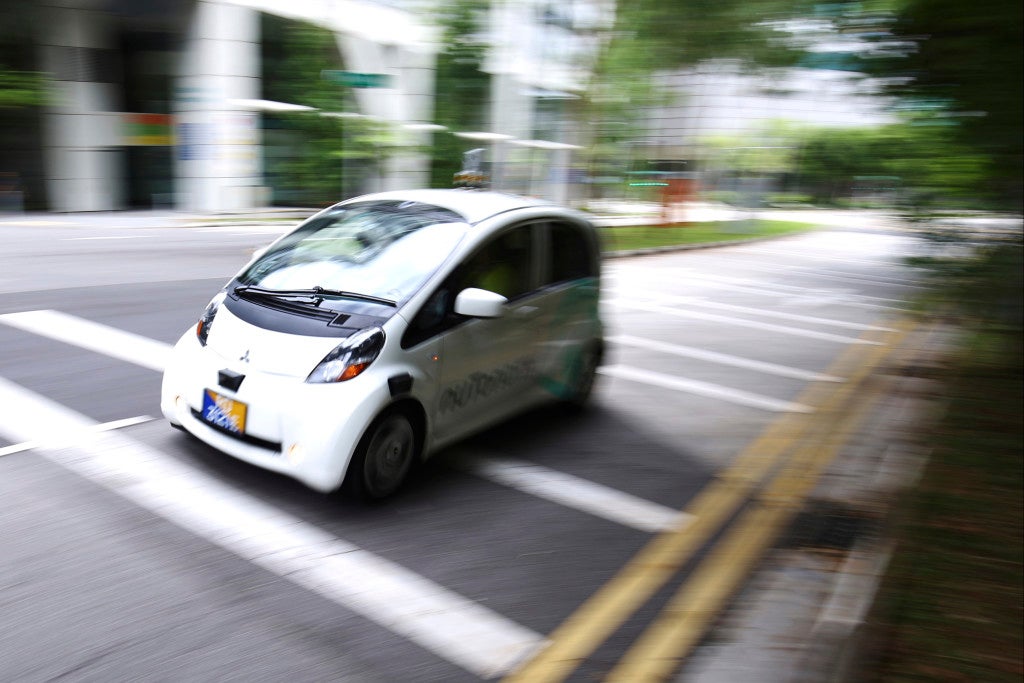 In this photo from Aug. 24, an autonomous vehicle is driven during its test drive in Singapore. Autonomous vehicle software startup nuTonomy has made rides on its self-driving taxis available to the general public in Singapore for free, expanding a first-in-the world run that was initially invitation-only. AP

SINGAPORE—A self-driving car with two engineers on board was switching lanes in Singapore when it hit a truck Tuesday, authorities said. No one was hurt.

The vehicle was operated by autonomous vehicle software startup nuTonomy, which made headlines last month when it offered free rides in its self-driving taxis in a Singapore district.

The Land Transport Authority said the car was “involved in a minor incident” on a public road designated for testing.

“The test vehicle was changing lane when it collided with a lorry at a low speed. There were no injuries,” it said in a Facebook post. The transport regulator said it is working with police to investigate.

NuTonomy, a spinoff from the Massachusetts Institute of Technology which has offices in Massachusetts and Singapore, said in a statement that it is cooperating with the authorities and conducting an investigation of its own.

The company’s six cars – modified Renault Zoe and Mitsubishi i-MiEV electrics – have a safety driver in front who is prepared to take the wheel if necessary and a researcher in back who watches the car’s computers.

Its self-driving vehicles were tested in a 2.5-square mile (6.5-square kilometer) business and residential district of Singapore called “one north.” The official test area has since been doubled by the government, nuTonomy CEO Karl Iagnemma said.

NuTonomy was formed in 2013 by Iagnemma and Emilio Frazzoli, MIT researchers who studied robotics and autonomous vehicles for the Defense Department.

The company expects its fleet of self-driving cars to grow to a dozen by the end of the year. It plans to make its Singapore taxi fleet fully self-driving by 2018.