Telling a story with the right gear 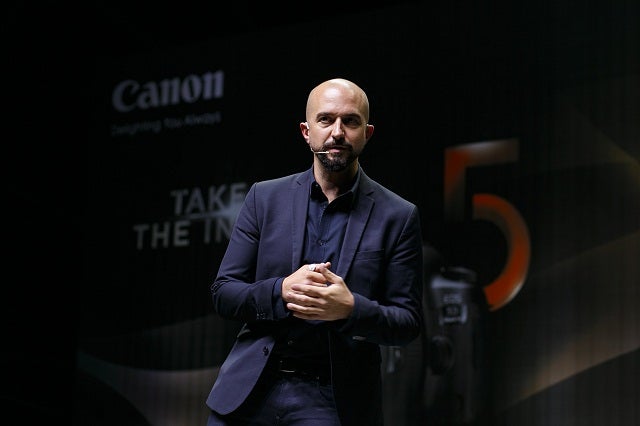 Technical aspects aside, photography is all about storytelling. And this is how Michael Ori built Ori Media, which is based in Salt Lake City, Utah.

Ori is a director, photographer and commercial filmmaker. He has produced a wide range of media from fashion narratives to national commercial campaigns for different clients such as Ford Racing, Sports Illustrated, Canon USA, Canon Australia, among others. His works have been featured in many publications including Maxim and Men’s Health.

Ori Media is a production outfit that offers a full suite of services that include photo, video, social media, web design, graphic design, analytics, PR and marketing. Studio Elevn is a nonprofit collaborative art space that provides creative professionals with a blank canvas to work in their respective fields.

Ori has collaborated with Japanese digital-imaging firm Canon for many years now and he was in the country recently as part of the launching tour of Canon EOS 5D Mark IV (Mark IV).

“I try to tell the complete story and taking stills from video that really helps build that ability,” Ori said in an interview.

Ori went around the historic Intramuros in Manila together with Joey Jonaitis, digital imaging technician, to test the capabilities of Mark IV.

Ori said skills and visions are very important when it comes to telling a story through photographs or videos.

“But when you have tools like the 5D Mark IV, it makes things a little bit easier,” he said.

Ori admits to using Canon for a very long time since he purchased his first 5D Mark II in 2009.

“I went to Africa, shot for a documentary for a non-profit and it’s all been Canon ever since,” Ori said.

“I saw that it was going to be kind of a niche in the market because I was doing a lot of commercial filmmaking and production. It was big set-ups; everything was big and very expensive. So, when the 5D Mark II was released, it kind of changed the market and I could shoot a lot more for a lot less,” Ori added.

Ori said he likes using Canon mainly because of its durability. Ori Media does a lot of sports photography and videography for Ford Racing.

The ability to shoot video “and” stills is important for Ori, “That’s probably the biggest reason I’ve always purchased DSLRs,” he said.

“I love shooting short films,” he said. “I love narratives and I love telling stories. I wanted to write something that we could do everything where we could show that yes it will capture the moments in weddings but also it is a cinema-style camera. If you set up correctly and you shoot correctly, all you can get amazing stills but you can also create a beautiful film as well.”

The Mark IV also has a formidable 35mm full-frame CMOS sensor that claims to deliver a resolution of up to 30.4 megapixels and dual pixel CMOS AF for rapid focusing speed needed for stills and 4K video shooting.

Mark IV can shoot 4K movies at a frame rate of 30p, with resolutions of up to 4096 x 2160 and an aspect ratio of 17:9 that matches cinema screens. The camera can also shoot in full HD quality at 60p, and up to 120p for high frame rate HD movie. Footage shot in DCI 4K format can be used for various commercial purposes such as in cinema or broadcasting.

“For me, the 5D Mark IV is kind of full circle,” Ori said. “My career started with a Mark II. The studio I was working before shot a lot on a 5D, the original 5D.”

Ori said so far Canon EOS 5D Mark IV is able to meet the demands of the jobs at Ori Media. He couldn’t think of anything else right now that he wants for a DSLR, “Right now, I’m quite content.”