Scientists stumble on easy process to turn CO2 into ethanol 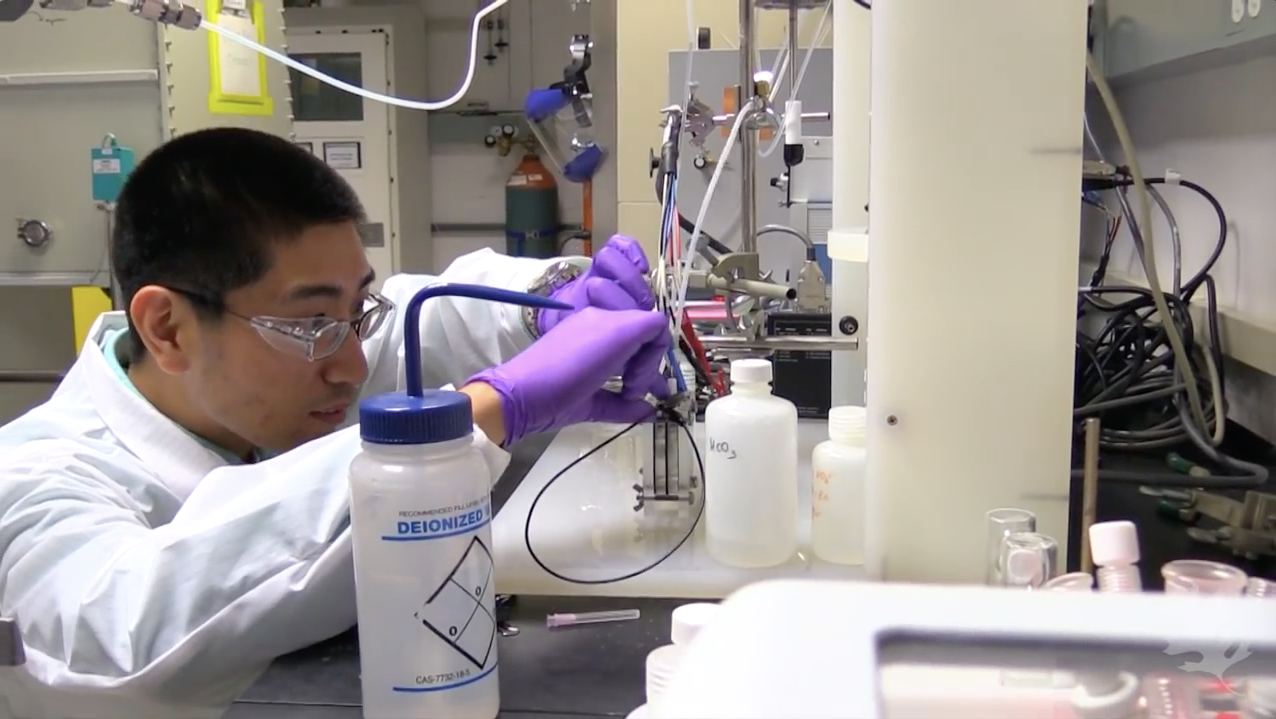 The scientists were actually looking for a way to convert CO2 into methanol but ended up creating ethanol instead.  Image Oak Ridge National Laboratory

In the world of science and research, sometimes the most significant discoveries arise from uncalculated accidents—a point proven when a team of researchers unwittingly turned carbon dioxide into ethanol.

The team had already conducted studies on how to convert CO2 into ethanol but were stumped because they had believed it would require multiple steps and catalysts. However, to their surprise, they discovered that a tiny array of nanoscale copper and carbon spikes mounted on a silicon surface was all that was needed, reports Engadget.

This is how the process works: A nanodroplet of nitrogen is placed on the tip of each of the carbon spikes. The catalyst is then exposed to carbon dioxide and a small electrical charge, which triggers a chemical reaction that is in essence a reverse of the combustion process that turns the CO2 gas into liquid ethanol. Furthermore, the needed catalyst is so minute that the produced ethanol is quite pure and ready for use in generators. The best part is that the process works in room temperature, meaning constructing the facilities to convert CO2 into ethanol can potentially be done cheaply.

Should the technology be further developed and made widely available, it could make a huge impact for renewable energy sources as well as the carbon dioxide crisis that we are currently facing. The system will also be carbon-neutral because carbon dioxide created from burning the ethanol as fuel can simply be harvested and turned back into ethanol.  Alfred Bayle