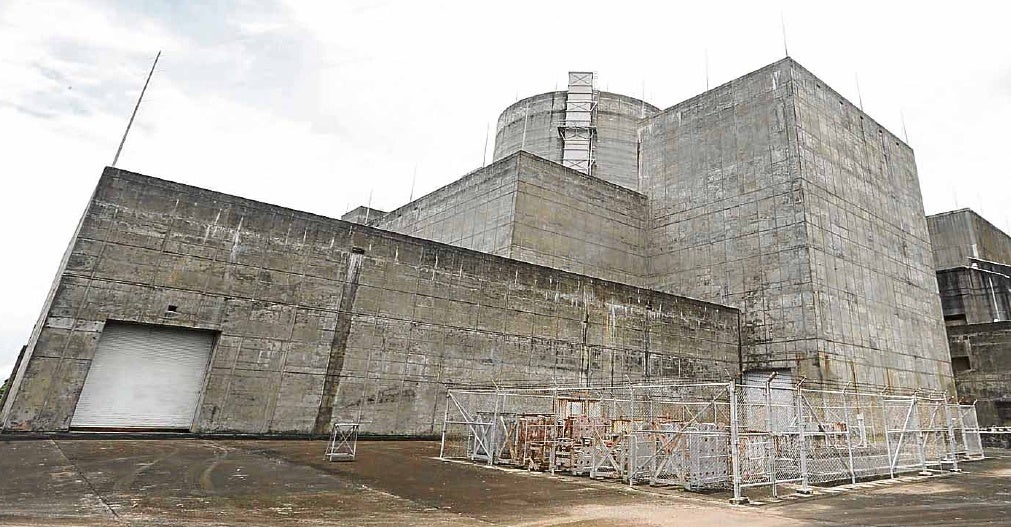 President Duterte has given the green light to proceed with plans to reactivate the mothballed Bataan Nuclear Power Plant (BNPP), a turnaround from an earlier stand rejecting the use of nuclear energy under his watch, Energy Secretary Alfonso Cusi said on Friday.

Speaking to reporters in Santa Rita, Batangas, Cusi however said that the President instructed him to pay special attention to the safety and security aspects of operating the 40-year-old power facility which was completed but never fueled and commissioned.

“He raised his concerns, and I gave him the assurance that we would not do it recklessly,” Cusi said, explaining that Mr. Duterte wanted extra precautions put in place for ensuring the safe use of nuclear fuel, as well as security measures established in the case of emergencies such as natural calamities.

“I reassured him that all of his concerns will be addressed. We are going to follow the strict measures of the International Energy Agency,” the energy chief added.

Cusi said the BNPP could be rehabilitated and be up and running within “two to four years”—depending on what other elements needed to be addressed—at an estimated cost of $1 billion to bring the plant up to its original specification of generating 621 megawatts of electricity.

Cusi said, however, that it was not necessary to ramp up the plant’s power production to full capacity immediately. Instead, he proposed that electricity generation start at a lower level, before gradually scaling it up to full power once a certain level of operating efficiency is achieved. 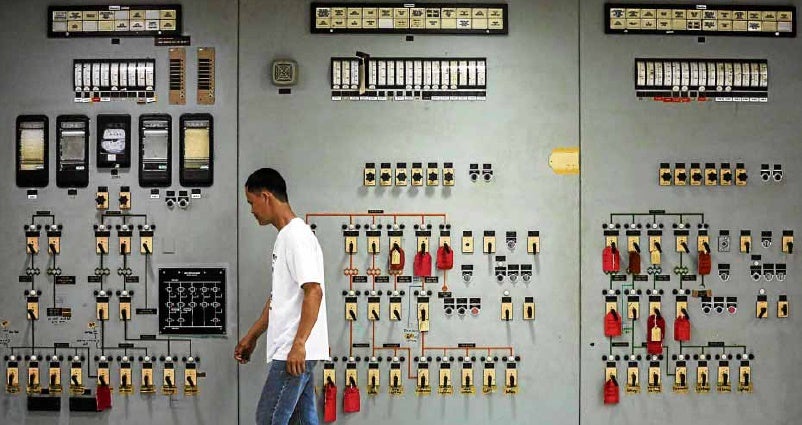 Inside the control room of the power plant

However, because most of the officials and personnel who were originally part of the 1970s-era BNPP program have either retired or passed away, the energy chief admitted that the government did not have the technical expertise to rehabilitate or operate the plant.

“Our human resources in that sector are gone, so we have to develop that, and those [Filipino nuclear experts] who have moved to other countries will be invited back,” he said.

Cusi added that the deal to revive the BNPP would either be a government-to-government arrangement or something that would be undertaken by a private corporation to be chosen through a transparent bidding process.

Controversy hounded the BNPP since construction began in 1976, mainly because it was funded by a $2.3-billion loan from foreign creditors, including its builder Westinghouse Electric Co. which provided the plant’s light water reactor.

Following the overthrow of President Ferdinand Marcos in 1986, then President Corazon Aquino decided not to operate the plant, citing environmental and safety concerns.

Located at a 357-hectare government reservation in Morong, Bataan, the BNPP never came on stream because it was built on a site considered geologically hazardous near Mt. Pinatubo volcano.

Previous attempts to operate the facility spurred protests and never gained headway. Manila spends about P27 million a year for its upkeep.

Plans to revive the plant come amid forecasts that the Philippines’ energy demand and reserve requirement is likely to reach 30,189 megawatts by 2030.

Sen. Sherwin Gatchalian, chair of the Senate committee on energy, expressed caution Saturday, saying the “most prudent” strategy was to conduct a more comprehensive study before any moves to revive the plant and a national nuclear policy could be crafted.

“As I mentioned before, we should explore all sources of energy, including nuclear energy to support our growing economy,” he said. “I would rather conduct in-depth research on the potential use of nuclear energy for the Philippines before operating the BNPP.”

Gatchalian said “yes and no” when asked whether he was surprised about the President’s change of heart.

“Yes because he changed his mind about the BNPP. No because he was also open in leaving the ultimate decision to Congress and the people whether to use nuclear energy,” he said. “I agreed with him that the BNPP is a very old plant full of controversies.”

Reuben Muni, climate and energy campaigner for Greenpeace Philippines, said the plan was “a dangerous and expensive distraction” from focusing on renewable energy.

“President Duterte has to study this option seriously,” Muni said. “Since he keeps changing his mind too quickly, it’s possible that he is not well-advised on the matter and that he does not really understand the situation.” —WITH REPORTS FROM TARRA QUISMUNDO AND JHESSET O. ENANO