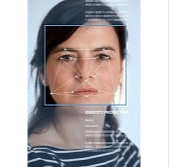 Tech giant Facebook is reportedly stockpiling a number of facial recognition startups in a bid to improve its photo and video offerings.

Its latest purchase is a company called FacioMetrics, which specializes in analyzing faces through the frame of cameras by using state-of-the-art machine learning algorithms.

In a statement in a report in The Verge, the company said it “will help bring more fun effects to photos and videos,” which include real-time filters, effects and face-swapping tools now commonplace in social apps, particularly its main competitor, Snapchat.

“We started FacioMetrics to respond to the increasing interest and demand for facial image analysis—with all kinds of applications including augmented/virtual reality, animation, audience reaction measurement, and others,” it said.

FacioMetrics founder and CEO Fernando de la Torre described the company on its website: “Now, we’re taking a big step forward by joining the team at Facebook, where we’ll be able to advance our work at an incredible scale, reaching people from across the globe.”

Facebook, which also owns Instagram, has made strides in the past to compete with Snapchat’s endearing features.

Apart from FacioMetrics, Facebook also acquired the face-swapping app MSQRD in April, which is the beta testing phase for a new camera feature on its main mobile app.  Khristian Ibarrola