Folding iPhones could be the future for Apple 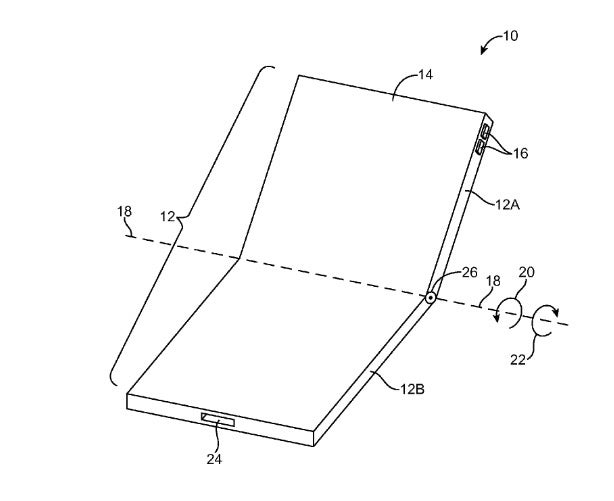 Apple has filed a patent for folding phone. Could folding smartphones be the next battle grounds for smartphone manufacturers? Image INQUIRER.net/US Patent No. 9,504,170

Way back in 2013, Samsung unveiled the very first flexible phone prototype at CES (Consumer Electronics Show). While it has not come out yet with a smartphone with folding screen, Apple is looking to join the folding-screen bandwagon, a recent report hints.

Tech Radar reports that the hint came from a patent that Apple Insider discovered. It was labeled as U.S. Patent No. 9,504,170 “flexible display devices” and shows a handset with details on how it can be folded in half.

Several versions were also illustrated including devices that can fold in on itself like a traditional clamshell device and another that can fold in a way that leaves the screen visible, but cut in half. Another interesting illustration is a device that has two hinges and folds in three ways.

Considering Samsung has yet to present a folding smartphone since its prototype in 2013, it’s fairly safe to assume that a folding iPhone may still take a few more years to develop.  Alfred Bayle

RELATED STORY: Samsung may not release foldable smartphone next year–analyst