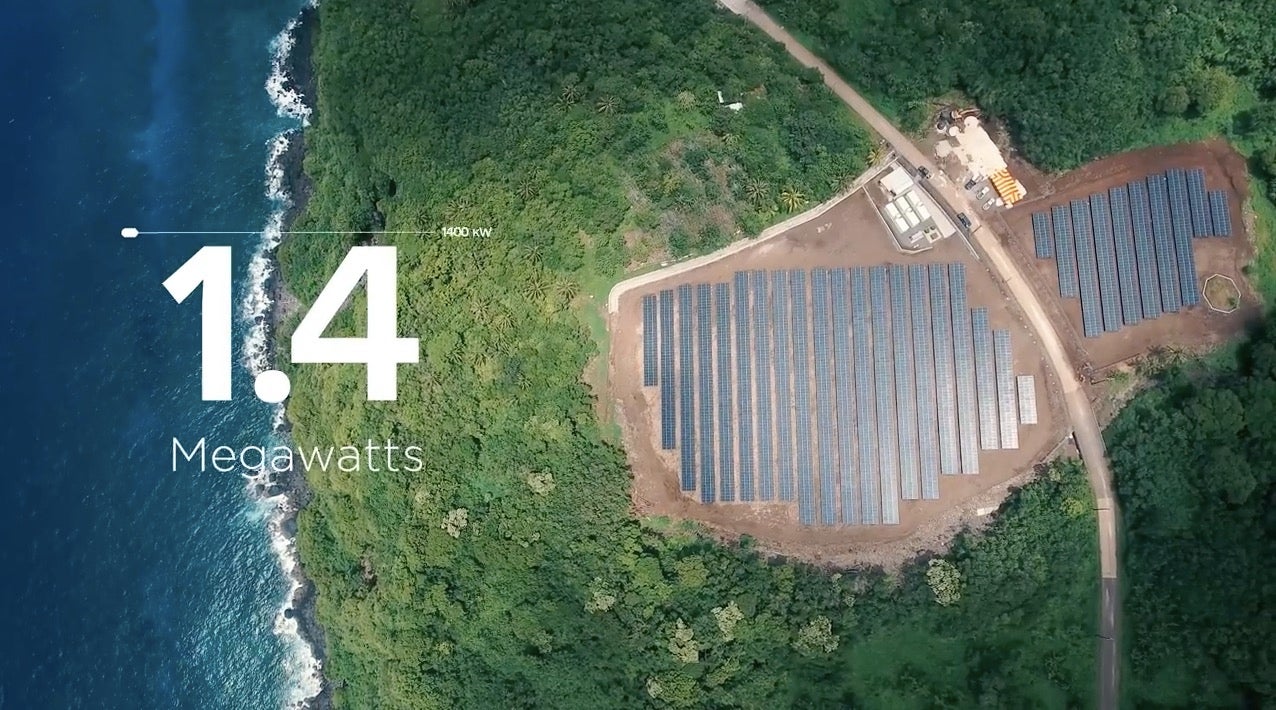 This microgrid of solar panels is a cheaper alternative to increasingly expensive fossil fuels.  Image YouTube/SolarCity

In a recent blog post by the Tesla-owned SolarCity, a video showed an island off the west coast of the US being outfitted by a microgrid of solar panels to power nearly all of the island’s electricity needs.

Previously, the island dwellers of Ta’u relied on gas-guzzling diesel generators that consumed over 100,000 gallons of fuel per year. For an island that’s located at the American Samoa 4,000 miles from the West Coast, there’s not much choice in the matter.

Along came Tesla, which put up a microgrid of 5,328 solar panels to produce 1.4 megawatts of power to replace the costly generators. They also installed 60 Tesla Powerpacks that can store up to 6 megawatt hours of battery energy. This will effectively provide power to homes for up to three days without sunlight.

Given this setup, the 600 residents of Ta’u will no longer have to ration power or worry about constant outages. Best of all, solar power is far cheaper than fossil fuel-reliant generators.

The project was funded by the American Samoa Economic Development Authority, the Environmental Protection Agency and the Department of Interior.

Solar-powered communities are not that far off in the future. Even now, several communities and homes in the country already rely on cheap solar power to fulfill their energy needs.  Alfred Bayle

Watch the feature video below: