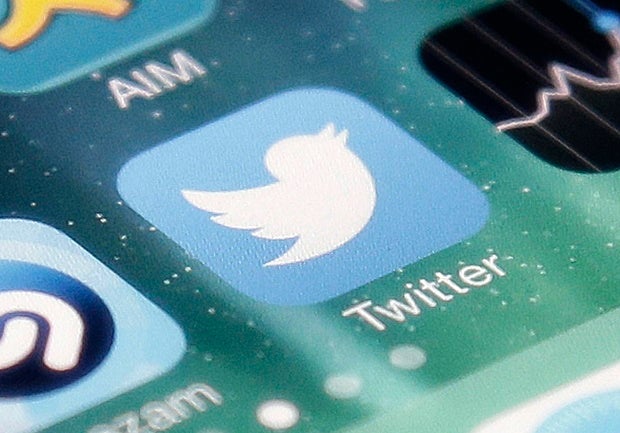 This Nov. 4, 2013, file photo shows the icon for the Twitter app on an iPhone in San Jose, Calif. AP FILE

MIAMI, United States — Americans have found a mean-spirited, tongue-in-cheek way to get even when a relationship turns bad — send a tweet saying they hope US President-elect Donald Trump does not deport their ex, but revealing their undocumented status and even their home address.

“I hope Donald Trump doesn’t deport my illegal Dominican ex,” wrote @eddiecabanas, who then gave the apartment address in Kentucky, with the specific note this person lives “at the top of the stairs.”

Trump took a hard line against illegal immigration during his campaign, vowing to deport more than two million undocumented immigrants with criminal records after he takes office on January 20.

His promises have raised fears of deportation among the undocumented, most of them from Latin America, and estimated at 11 million in the country.

Some universities have declared sanctuaries for undocumented people and consultations with human rights organizations and immigration lawyers have been on the rise.

In that context, spurned, disenchanted and angry former husbands, wives, girlfriends, boyfriends and partners have taken to Twitter to attack exes, knowing that Trump, @realDonaldTrump, is an avid user of the social network.

The vengeful tweets — posted by users in Florida, New York, California and across the country — sound sarcastic, using a formula to out an ex apparently by expressing just the opposite.

“I’m afraid Trump might deport my illegal Swedish ex-gf who cheated on me twice & lives at… & keeps a hide-a-key under the mat,” wrote one Twitter user.

Tweets like these are mushrooming on the internet as worries spread about deportation and anti-immigrant bias.

According to the Southern Poverty Law Center, which monitors extremism in the United States, in the 10 days following the November 8 presidential election there were 867 racist or xenophobic incidents nationwide.

Of the total, 280 — or 32 percent — were motivated by anti-immigrant sentiment, the nonprofit organization reported last week. CBB