The year 2016 has been full of surprises. On Facebook, photos, memes and videos dominated our feeds, and various reactions to topics and posts have been shared. 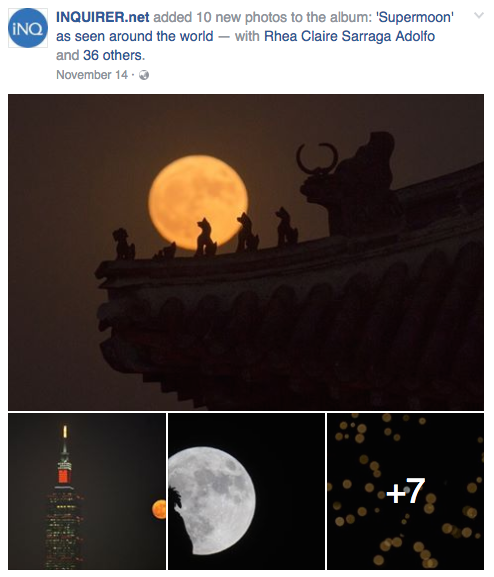 Ten photos show views of Supermoon from different parts of the world—from Beijing, China to Washington, DC. The post has been shared 87,000 times since November 14, people reacted positively on stunning photos with 67.3K likes and almost 4K love reactions. 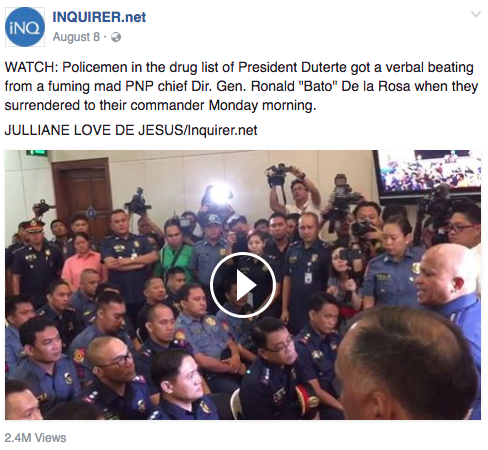 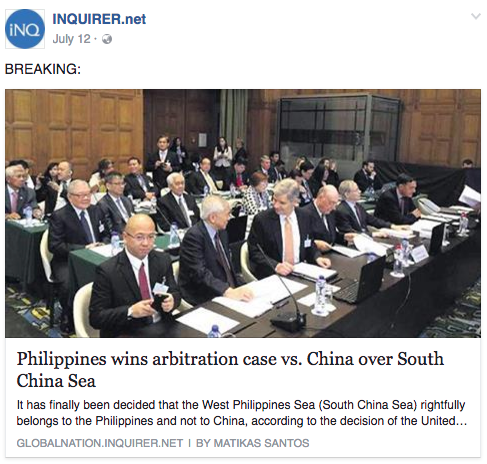 The breaking news on United Nations (UN) Arbitral Tribunal decision that the Philippines has exclusive sovereign rights over the West Philippine Sea on July 12 garnered 51K likes and 34K shares. 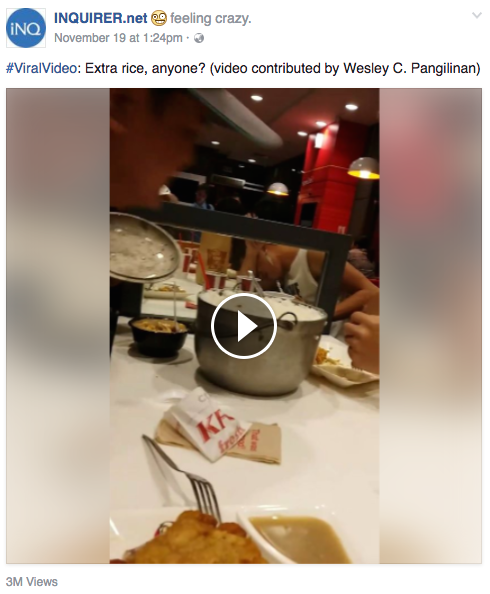 A video contributed by Wesley Pangilinan on November 19 shows a group of friends bringing in their “extra rice”—a cooking pot full of rice inside a KFC branch. People responded on the post by reacting “haha” and by tagging their barkada or loved ones on the comment section. The video has been shared 31,868 times. 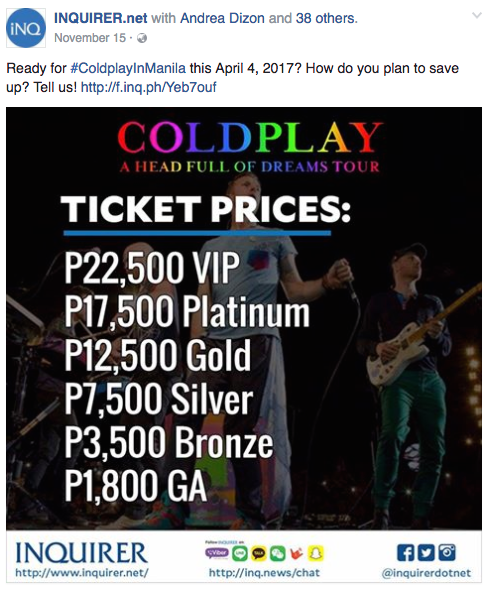 Since the announcement of Coldplay’s concert in the country, people have been anticipating for its ticket prices. The price list was released on November 15, most people reacted “wow,” “love” and “sad” on the post. It has since been shared almost 30,000 times. 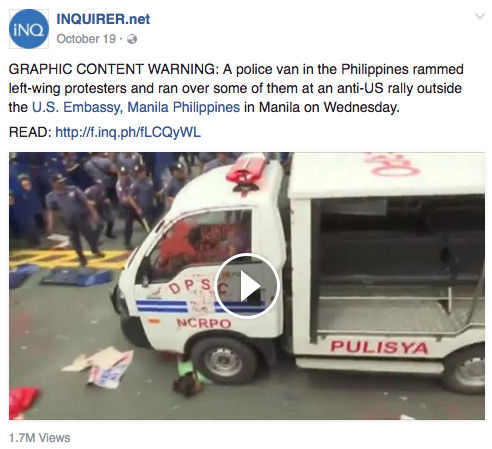 Video posted on October 19 shows a police van ramming, running over anti-US protesters outside the US Embassy in Manila. With 27K shares, the video also generated anger and sadness reactions from the viewers. 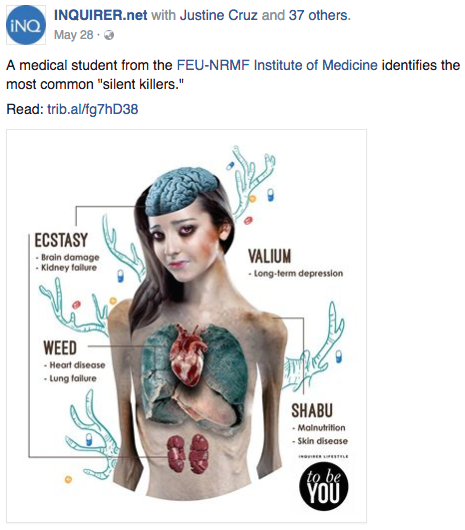 A photo of what drugs can do and their damages to our body has been shared almost 27,000 times. These most common “silent killers” has been identified by a medical student from the FEU-NRMF Institute of Medicine in our lifestyle article. 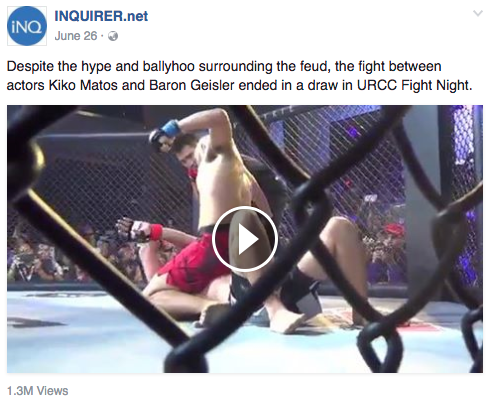 After a fight in a bar, series of bullying and a blast of trash-talking, Kiko Matos and Baron Geisler ended the feud in a Universal Reality Combat Championship (URCC).

The video of their URCC fight was posted on June 26 and garnered 23.8K shares. The fight ended in a draw. 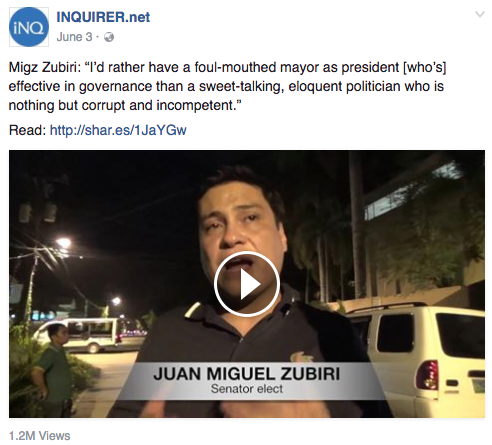 Senator Juan Miguel Zubiri’s commented on Duterte’s behavior on June 3, saying he would rather have “a foul-mouthed mayor as president [who’s] effective in governance than a sweet-talking, eloquent politician who is nothing but corrupt and incompetent.” 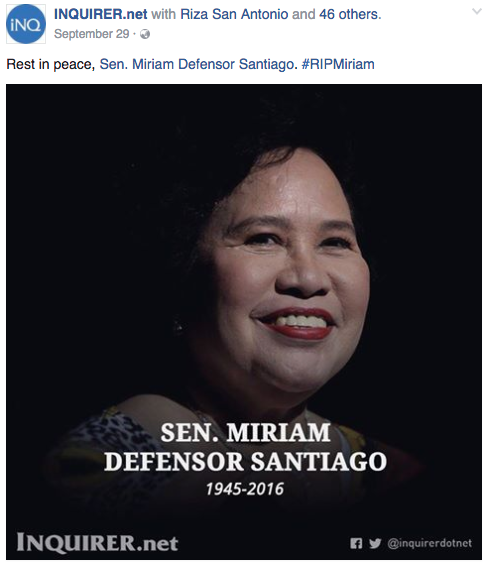 The Philippines was saddened by the death of Sen. Miriam Defensor-Santiago on September 29. The photo, wishing the senator rest in peace, accumulated 18,922 “sad” reaction, with almost the same number of shares. RAM