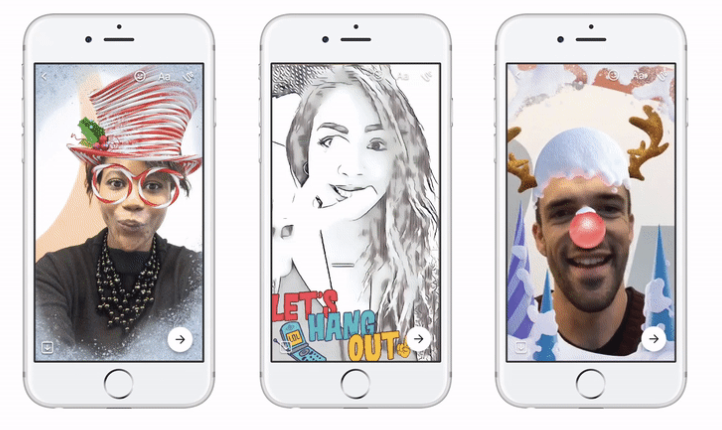 After Instagram shamelessly took a page out of Snapchat’s book, it’s Facebook Messenger’s turn to get into the ‘Stories’ trend.

The universally acclaimed Facebook messaging app has rolled out a new update that rivals Snapchat’s most prominent feature of expiring and customizable photos and videos, according to Tech Crunch.

Aside from communicating with friends through chat, Messenger users can now also add stickers, emojis, masks frames and other form of filters to their snaps, through the new feature called ‘My Day’.

Despite its seemingly blatant duplication of another app, Facebook added innovative features—including the option of enabling users to create their own masks instead of just relying on default presets.

An algorithm that creates new text filters based on the user’s preference is added as well. Still, its most unique offer is a stylized camera button which notifies users about fresh effects to try out.

It also directs focus on the image-taking process by capturing images first before giving users the choice of handpicking the recipients that could view the material.

The update, meanwhile, is among Facebook’s latest salvo to convince users to see Messenger not just as an app for text, but also as an alternative platform for photos and selfies.

The new Messenger camera is out today, for both iOS and Android users. Khristian Ibarrola