The new Overwatch comic is banned in Russia and unavailable in the language because of homophobic laws against “gay propaganda.” pic.twitter.com/u1vfCHXulG

Much to the delight of the ever-expanding Overwatch community, Blizzard Entertainment has started releasing a series of digital comics that delves further into the rich back stories of the game’s characters.

However, its latest Christmas-themed content has received the ire of the Russian government after allegedly promoting ‘gay propaganda’, by revealing the sexuality of one of its most revered heroines.

The material in question is in page eight of the strip ‘Reflections’, where the game’s resident speedster Tracer is shown kissing a woman who appears to be her girlfriend, Emily. 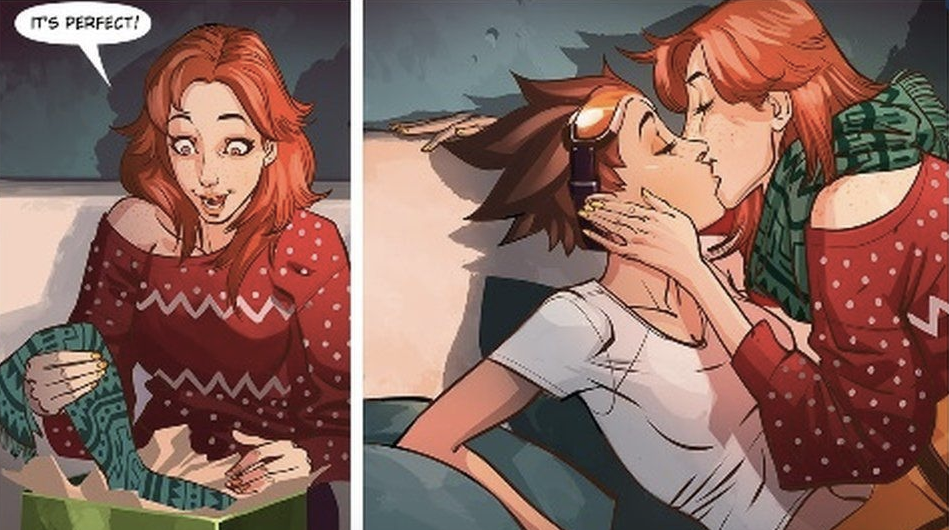 According to BBC News, Russians who wish to view the controversial comics are redirected into a site with a huge warning box which translates to: “In accordance to Russian law we cannot share this comics with our players from the Russian Federation territory.”

Although it doesn’t specifically mention why, the ban is believed to be in accordance to a 2013 law that stops materials with “gay propaganda” from reaching minors.

Homosexuality is not illegal in Russia, but authorities are permitted to block access to websites deemed to promote it. Furthermore, non-abiders will also be subjected to fines, imprisonment and deportation.

Blizzard, meanwhile, confirmed the country’s ban in a recent statement from Mashable.

“Due to local legislation in the Russian Federation, we are unable to bring our recent Overwatch digital comic to players in the region,” the spokesperson said in an email. “We regret that those who were eager to read this story comic are unable to do so in their native language.”

Overwatch has insinuated that there will be more LGBT characters in the game, but Tracer’s recent reveal is the first time that it has been publicly displayed.

Despite Russia’s negative stance on the comic, social media was abuzz that the game’s cover star is a member of the LGBT community.

Check out some of the reactions below. Khristian Ibarrola

*screams from the tallest mountain* TRACER FROM OVERWATCH IS GAY!!! 🌈🌈🌈🌈

I hope Overwatch has more LGBTQ* characters in the future! But I admit, their big mascot character being gay is actually a pretty nice start

When Blizz officially confirms a gay character in their game pic.twitter.com/GfzYs3ZOfO