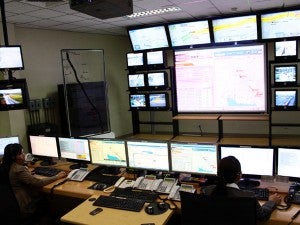 MANILA, Philippines – The North Luzon Expressway (NLEX), along with a Filipino company, has developed a new technology called Automatic Vehicle Locator System (AVLS) that will help improve the response time of patrol vehicles to any incident throughout the highway.

Gerry Aberilla, vice president for Traffic Operations of Tollways Management Corporation (TMC), said the software programming was developed by a 100 percent Filipino-owned company in partnership with TMC. Filipino software programmers were challenged in creating the system because it was customized for the real-time needs of TMC.

“Development began last year and it was optimized just July of this year” Aberilla said in an exclusive interview. AVLS will be fully utilized in the traffic management of the NLEX during the exodus of people for the All Saints’ and All Souls’ Day. This will be the first time AVLS will be tested in a major event, he added.

AVLS uses gadgets implanted within the 43 patrol vehicles of TMC to determine their exact location anywhere along NLEX using the Global Position System (GPS). The control room in the NLEX compound near Balintawak can see where the patrol vehicles are in real-time and inform the nearest to respond to any incident closest to its location, Aberilla said.

This has significantly reduced the response time of patrol vehicles from 20 minutes to 10 minutes according to Rodrigo Franco, President and Chief Executive Officer (CEO) of the Manila North Tollways Corporation.

Only NLEX has the AVLS but is intended to be used in other expressways soon, he added.