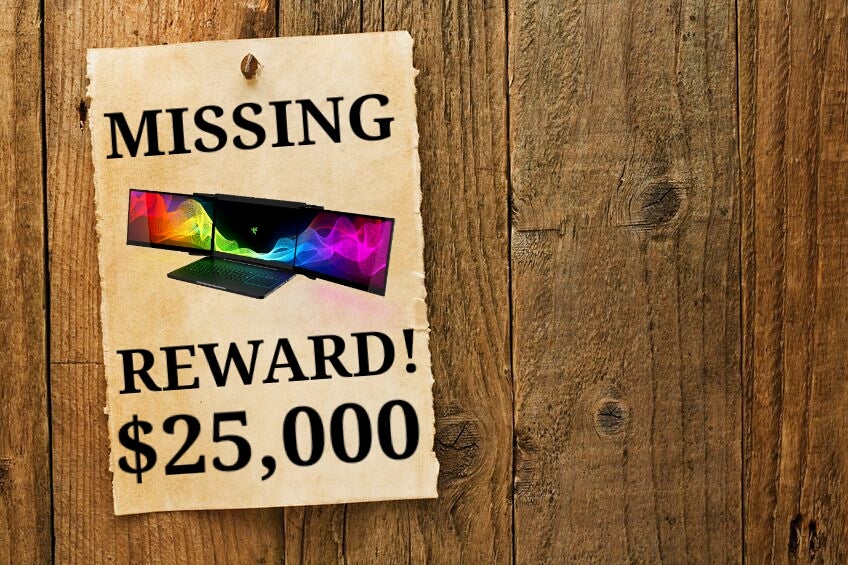 Razer made big news with their laptop prototypes – unfortunately, it also attracted the wrong kind of attention. Image: INQUIRER.net

Razer’s tri-screen laptop prototypes have captured a fair amount of attention since the unveiling. So much so that some opportunist (s) visited Razer’s CES booth and stole from the company a pair of Project Valerie laptop prototypes.

The theft occurred during the last day of the trade show in Las Vegas, reports Engadget.

“I’ve just been informed that two of our prototypes were stolen from our booth at CES today,” said Min-Liang Tan, Razer’s CEO, on his Facebook page.

This is not the first time that Razer has had prototypes stolen from them. Back in 2011, a pair of experimental Blade prototypes were also lifted from their R&D lab in San Francisco.

Tan stated that they are not ruling out corporate espionage, saying, “We treat theft/larceny, and if relevant to this case, industrial espionage, very seriously – it is cheating, and cheating doesn’t sit well with us. Penalties for such crimes are grievous and anyone who would do this clearly isn’t very smart.”

As such, Razer is offering a $25,000 reward for original information that would lead to the identification, arrest, and conviction of the suspect. It is under the discretion of the company to decide who is entitled to and will receive a reward, as well as what amount. This offer is good for one year starting January 8, 2017.

Corporate espionage is not an alien concept among big companies but it is still rather surprising as to how blatant the theft connected to such can be done.

Velasco: House not a rubber stamp of Duterte