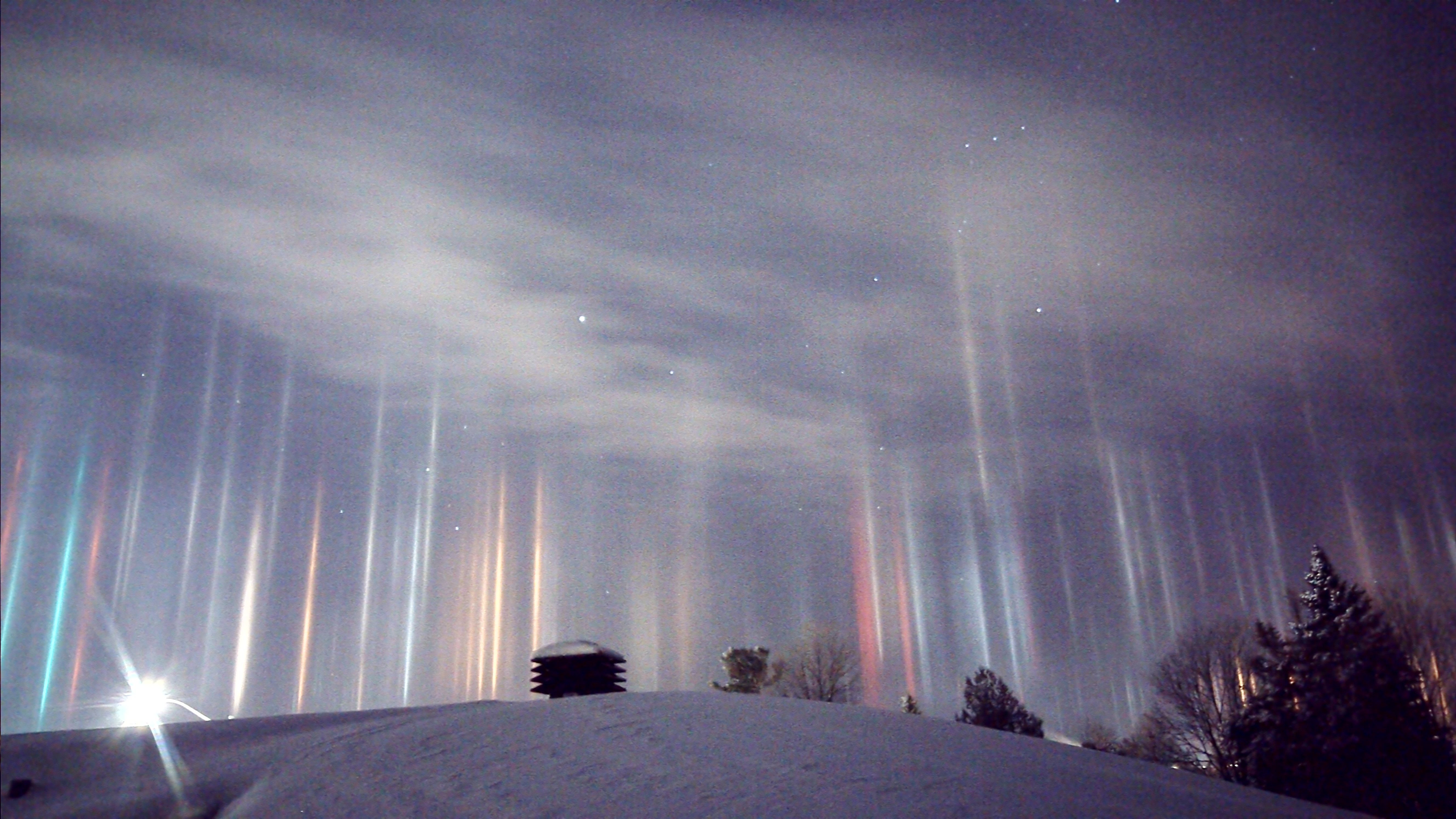 This natural phenomenon is caused by crystals floating in the air on a particularly cold night. Image: Timothy Joseph Elzinga

A man captured one of the most amazing phenomenon in the natural world – ‘light pillars’ seen in the skies of northern Ontario, Canada.

Timothy Joseph Elzinga woke up in the middle of the night only to be surprised by the light show that greeted him outside his window, reports CBC News.

“I had to investigate. I got some pants on and ran outside and took some photos,” says Elzinga.

He used his cellphone’s camera to capture several photos which he posted on Imgur.

Light pillars appear when light, artificial or natural, bounces off crystals floating close to the ground.

That night, the air was cold enough for ice crystals to form in the air and started reflecting the lights from the city and business establishments.

Elzinga adds, “It looked like someone from Star Trek was trying to beam people up.” Alfred Bayle