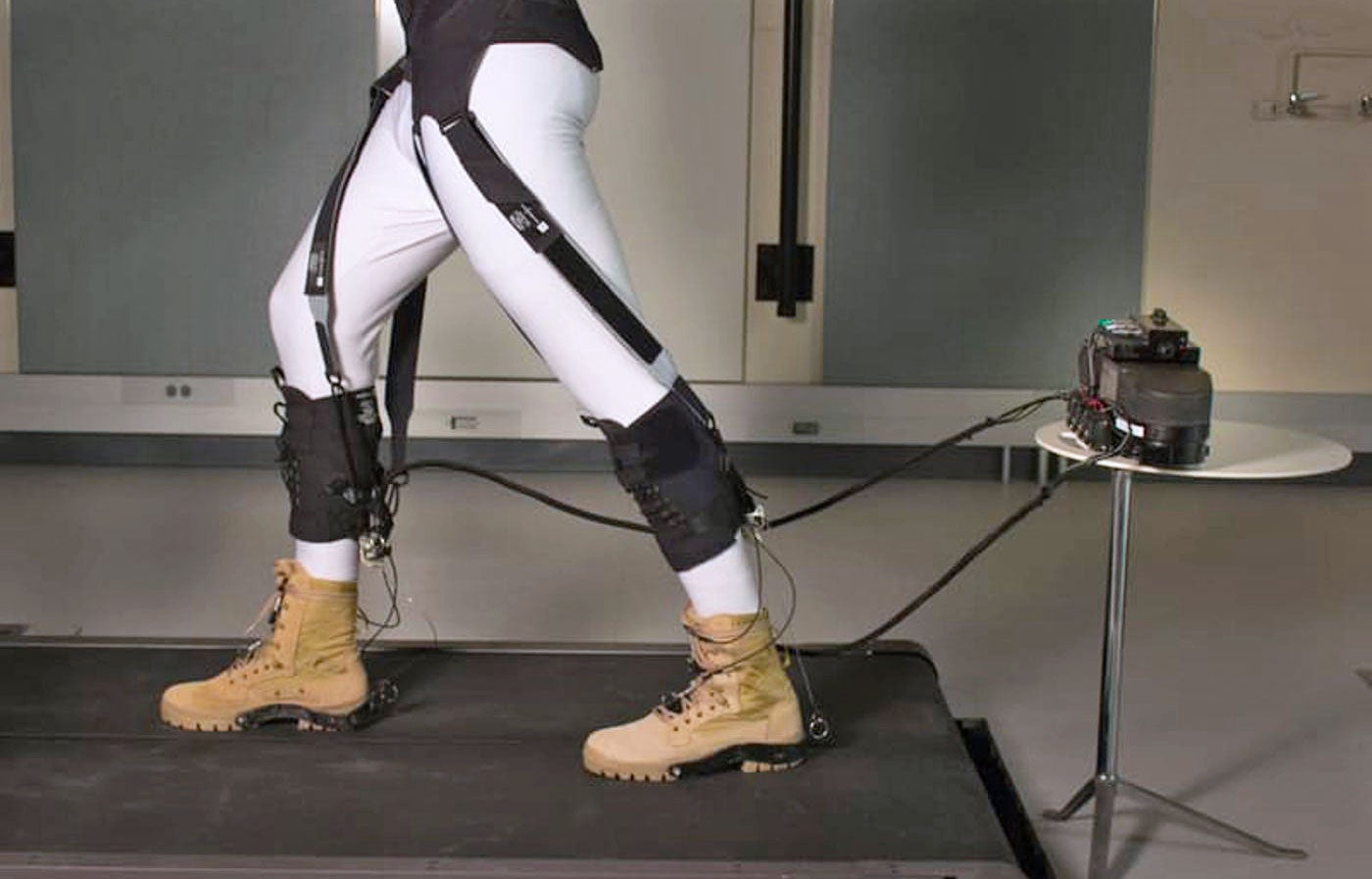 The exosuit makes use of garters and straps in place of bulky servos to to provide walking assistance. Image: Wyss Institute, Harvard University

Hollywood and games have depicted exoskeletons or exosuits to be big, metallic and bulky. However, the Harvard Wyss Institute is working on a ‘soft’ exosuit that could make it easier for humans to perform physical activities.

Harvard’s exosuit has been recorded to reduce the energy expended while walking by 23 percent, reports Engadget. This means a person can go farther while expending the same amount of energy.

Team leader Conor Walsh had this to say about their observations on the exosuit:

“In a test group of seven healthy wearers, we clearly saw that the more assistance provided to the ankle joints, the more energy the wearers could save with a maximum reduction of almost 23 percent compared to walking with the exosuit powered-off. To our knowledge, this is the highest relative reduction in energy expenditure observed to date with a tethered exoskeleton or exosuit.”

The system works by providing assistive force to the ankle at the precise moment that the wearer takes another step. In other words, it adds a little spring to a person’s step, thereby lessening the energy needed by the muscles to actually lift the foot to take the next step.

However, there is a caveat to these laboratory tests. For the sake of the study, the 17-plus pound mechanism that powers the exosuit was not mounted on the test subjects during testing. The researchers admitted that they need to conduct further studies on the effects adding that extra weight on the person and whether the initial energy savings could be retained.

The researchers also noticed that the exosuit changed the test subjects’ gaits. They would need to determine whether it was the assistive force that generated the energy reduction or the change in gait.

Future applications for this technology can be seen assisting the elderly as well as patients suffering from conditions that limit their mobility such as cerebral palsy or Parkinson’s disease.

Military personnel could also benefit from this technology by reducing the strain on their bodies because of the heavy gear they carry. Alfred Bayle