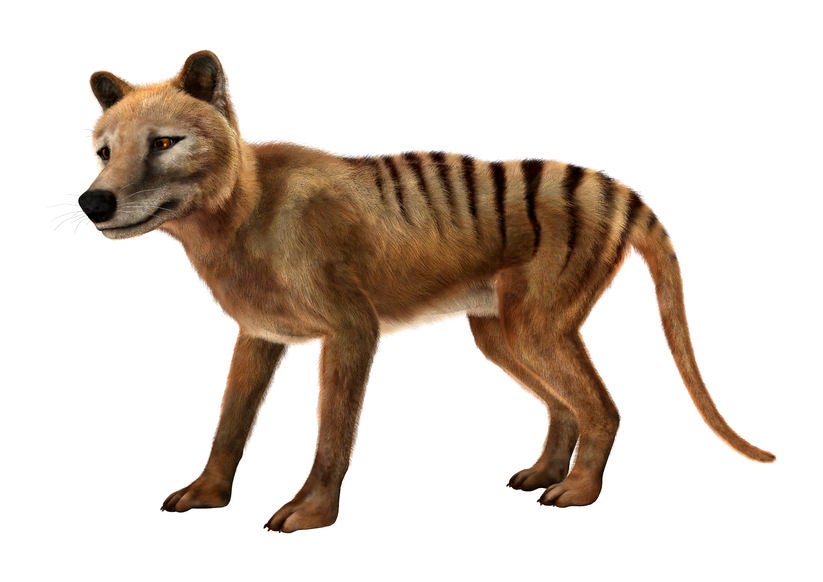 The Tasmanian tiger is actually a genetic cousin to the Tasmanian devil but is potentially smarter and a more cunning hunter. Image: INQUIRER.net stock photo

Having been extinct for over 80 years, not much is actually known about the Tasmanian tiger or Thylacine. Luckily, parts of the extinct marsupial have been preserved and scientists have recently scanned one preserved brain.

The scans now suggest that the Tasmanian tiger is actually smarter than previously believed. Its brain structure showed larger frontal lobes that allowed it greater capacity for planning and decision making. This gives credence to the belief that it was a hunter and not a scavenger, reports Engadget.

The samples used for the scans were over 100 years old which prompted the team to trace specific tracts and generate virtual models to get a full image.

While it’s too late to do anything about the lost Tasmanian tiger, the knowledge that the research team gathered could potentially help other researchers to understand other species that went extinct quite recently, such as the West African Black Rhino. Alfred Bayle