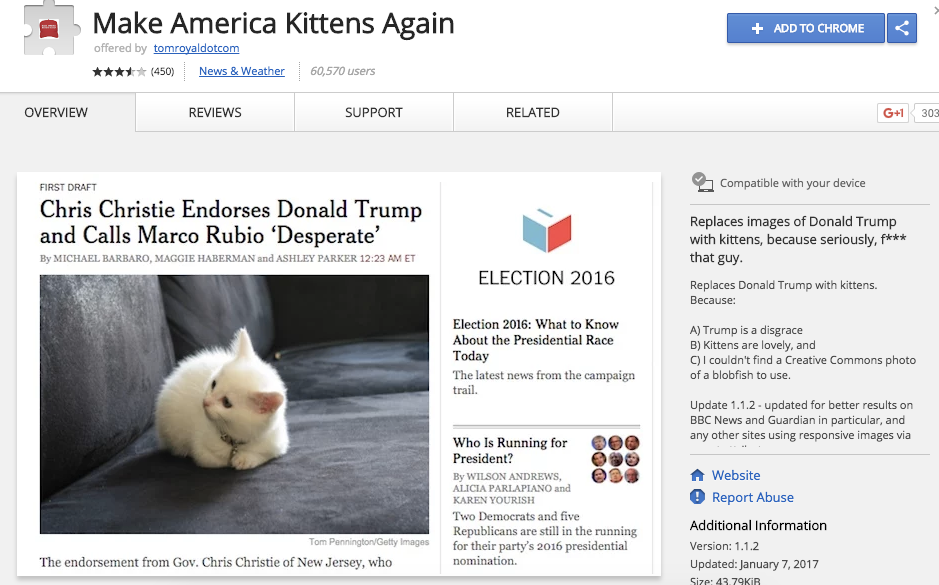 Newly sworn-in United States President Donald Trump has been the talk of the town as of late, and quite frankly, some netizens are growing tired of seeing his pictures online.

Fret not, as a new Google Chrome extension called “Make America Kittens Again”, automatically detects images of Trump on the web and changes them to photos of adorable kittens, Business Insider reported.

The browser extension, which is a clever pun on Trump’s famed campaign slogan, works best on media platforms including The New York Times, The Wall Street Journal and The Hill, just to name a few.

Instead of viewing the current head of state’s face on article thumbnails, readers would instead be treated to a set number of cute feline portfolios that is surely to brighten any pet lover’s day. 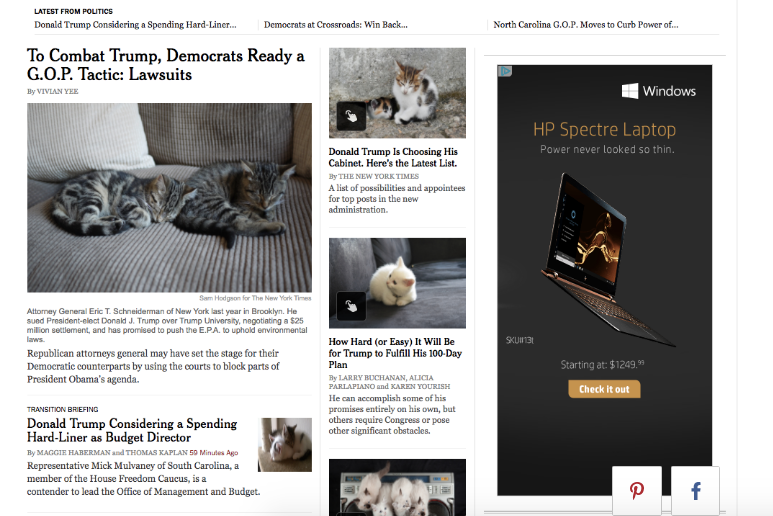 However, readers still have to tolerate the barrage of  Trump photos when they go through social media, as the add-on does not work on both Facebook and Twitter.

In a separate report from Metro, “Make America Kittens Again” creator Tom Royal said he came up with the extension simply because he “loves cats and hates Trump”.

He also wrote a hilarious explanation on why the software came to be on the download page:  “A) Trump is a disgrace; B) Kittens are lovely, and C) I couldn’t find a Creative Commons photo of a blobfish.” Khristian Ibarrola